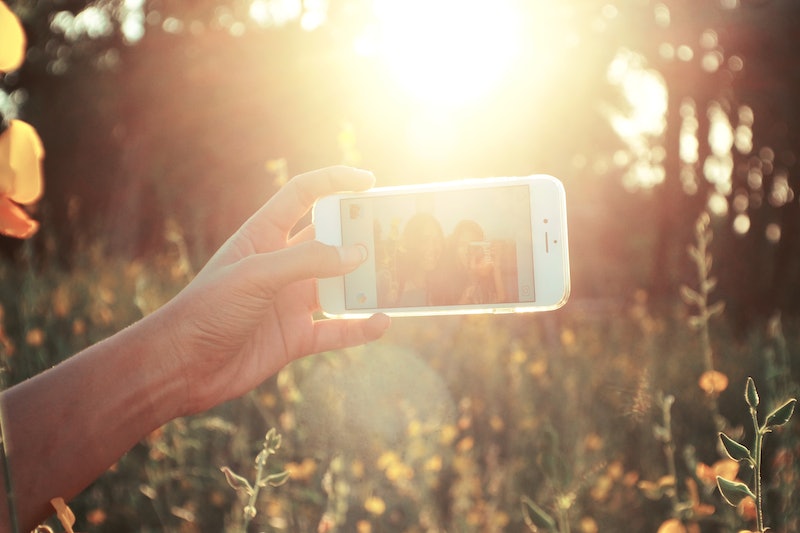 Some Instagram users can pop on a quick filter, fire off a caption, and call it a day. Others spend hours tweaking saturation levels and put their phones on airplane mode just in case their finger slips before the post is finished. If you're a member of the latter category, you've probably devoted considerable brainpower to figuring out how to save a draft on Instagram through unofficial channels; until recently, the app had no way of saving all your hard work for later. On Tuesday, however, Instagram tweeted that the "save draft" option has finally become available to all users, so your overanalyzing can last for days instead of mere hours now.

Previously, closing out the app or hitting the "back" button discarded a post entirely, but with the newest Instagram update comes the ability to save a draft to post later. According to Tech Crunch, Instagram began testing the feature back in July for certain users. In August, drafts rolled out to a wider audience, although it was still considered an experiment. It wasn't until Sept. 20 that the feature rolled out universally with the latest update to the app.

So how does it work? Unlike the process of taking the photo in the first place, saving Instagram drafts isn't terribly complicated — here's a step-by-step guide below.

Instagram tweeted that drafts are part of the latest update, which rolled out on September 12. Make sure you're using the latest version of Instagram. On iOS, this is done by opening the App Store and checking the "Updates" section; for Android, open the Google Play Store, hit the menu button, and select "My Apps," which should bring up a list of available updates for your apps.

3. Hit The Back Button

Head back to the filtering and editing section of the app, then hit the back button found in the top left corner of the screen.

Before pulling up your newsfeed, a menu should appear asking whether you want to save or discard your draft. (This only shows up if you've edited the post in some way, like messing with the caption or filters.) Hit "save," and voila! You have an image sitting in your drafts, waiting for you to tweak it to perfection.

If you decide later that you want to discard the draft entirely, just go to Camera, then Library, and you'll find your drafts in a row on the bottom of the screen. Tap "Manage" (the word will have a number in parenthesis next to it representing the number of drafts you currently have saved), then "Edit." From there, you can select the drafts you want to delete; then tapping "Discard Posts" will finish the whole thing off.