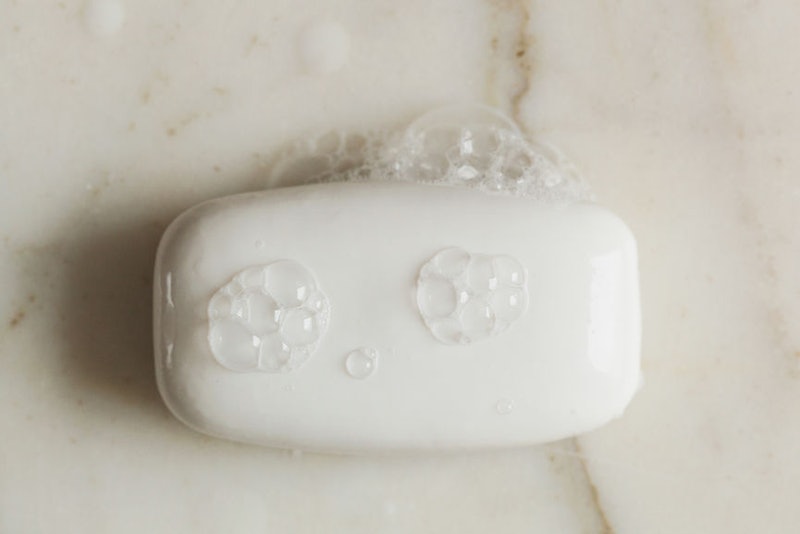 There is nothing like a nice hot shower to start your day, but when you go to lather up, do you reach for a stick of bar soap or a bottle of body wash? If you qualify as a millennial, recent research would suggest the latter. “Why do we hate bar soap so?” you may be wondering. “Doesn’t all soap get you equally clean?” According to decades of research, bar soap is just as effective as body wash and, any bacteria found on it is highly unlikely to transfer to the skin. However, many Americans, especially the younger generations, view solid soap as unhygienic.

The consumer-research firm Mintel found that nearly half of U.S. consumers believe bar soap to be “covered in germs after use.” Less than a third of those ages 65 and over reportedly believe this negative perception, as opposed to a whopping 60 percent of those ages 18 through 24. (Come to think of it, when I was in college everyone had some sort of scented body wash in their shower caddy.) We see these figures reversed when asked if consumers would be willing to wash their face with bar soap. Sixty percent of those in the 65 and older category had no trouble using the bar soap to cleanse their face, while only 33 percent of consumers aged 25 through 34 felt comfortable doing so.

Bar soap sales are on the decline, according to Mintel, while the overall bath and shower market is booming. Between 2010 and 2015, households using bar soap decreased by five percent. Clearly, bar soap has an image problem. Over half of the consumers polled by Mintel agreed that bar soap is less convenient than the liquid variety. In an essay titled "I Am One of The Many Millennials Who Hate Bar Soap," Tynan Sinks confirms this belief. “Body washes are just a better experience,” Sinks explains. “Plus, they're more portable so you can throw them in your gym bag, luggage, or overnight bag without having to find an extra case for them, like you would a gooey bar of soap.”

Mintel suggests that in order to survive in the changing market, solid soap must alter its old-fashioned image. There is a pervasive view that body wash offers more options and benefits. To lure customers back to the bar, solid soap needs to diversify its products, finding a way to moisturize, exfoliate, soothe, and illuminate better than the liquids can.

To get personal for a moment, I have never had any problems using bar soap — even when I was younger and had to share it with my dad and teenage brother. Using a loofa, a poof, or a washcloth day after day seemed far less sanitary to me. I still use bar soap in the shower to this day, and have never thought about switching to the liquid variety. As a millennial, I guess that puts me in the minority.

In my personal opinion, bar soap should lean into its archaic image in order to tap into the millennial market. Millennials love all things vintage and obscure. We collect records, display decorative gramophones and typewriters, and drinking out of mason jars. Wouldn't a hunk of old bar soap fit in perfectly with that mid-century modern furniture?