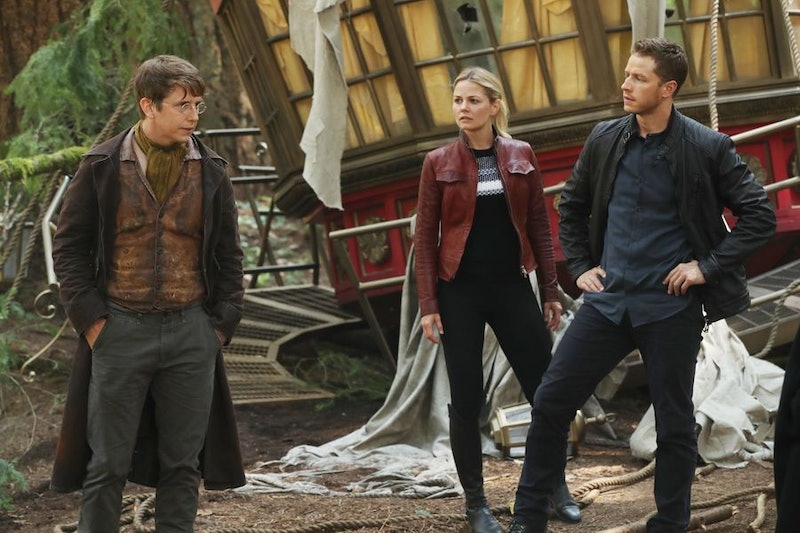 Once Upon A Time has introduced so many characters into its roster that I just can’t keep up! It started as a sort of Snow White allegory, and now we have Beauty And The Beast, Rumpelstiltskin, Aladdin, and every other fairy tale book that was on your shelf as a child. But Once Upon A Time is introducing one story that may not be as familiar to everyone. What happened in The Count Of Monte Cristo , and how can Once Upon A Time use that story in the show?

The Count Of Monte Cristo isn’t embraced all that often because it’s not really a fairy tale, and it’s definitely not as touchy-feely as most people like their stories. But, if you love a revenge tale or a tale of transformation, this one is for you. It goes like this — Edmond Dantès is living the life. He’s just returned from a long journey at sea. He led the crew of his ship, The Pharaoh, when the captain died at sea, and he’s getting a promotion and is all set to marry Mercédès, aka the love of his life. Things are good, right?

Well, what Edmond fails to realize is that when you rise to the top, people get jealous. Danglars, the ship accountant, and Fernando Mondego, a local fisherman, are super jealous of Edmond and hatch a plot to frame Edmond for treason (for supporting the recently ousted Napoleon) mostly because they just don’t like the guy. Way harsh. The authorities find the letter, and Edmond gets thrown in what is basically the French version of Alcatraz. Edmond spends 14 years in prison, but not before getting the location of some local buried treasure from a priest he befriends on the inside. When the priest dies, Edmond escapes by pretending to be his dead friend, and you better believe he grabs that treasure from the island of Monte Cristo (hence the book’s name) and comes up with an elaborate plan to get revenge on all that wronged him.

Spoiler alert — Edmond ruins the lives of his enemies, gives his land away, and rides off into the sunset with a new love, because Mércèdes has married someone else. The end. How is Once Upon A Time going to use this? The story pulls only loosely from its origin tales, but I feel like the Count will be a marker for revenge. That’s really the only thing The Count Of Monte Cristo is about — getting back at those who have wronged you and then walking away fulfilled.

According to EW, Legends Of The Seeker star Craig Horner will play Edmond. He’s Australian and very cute, so I have a feeling he’ll fit in quite nicely. He also looks like he could play a man dead-set on wronging his enemies (but in a good way, you know?). I think Once Upon A Time will pick the overall theme of The Count Of Monte Cristo out for the show but none of the real details — the book is like 115 chapters long, and that’s just too much material for an hour-long show.

All I know is that Once Upon A Time fans should get ready for a swashbuckling new hunk to join the team!

More like this
Nicola Coughlan Shared A Lady Whistledown Excerpt From ‘Bridgerton’ Season 3
By Grace Wehniainen, Alyssa Lapid and Sam Ramsden
Viserys’ Fate On 'House Of The Dragon' Could Differ From The Book In This Surprising Way
By Grace Wehniainen
'The Lord of the Rings: The Rings of Power' Revisits Iconic Spots From 'The Hobbit'
By Darshita Goyal
Ruth Wilson’s New Thriller Spotlights A Controversial Irish Institution
By Darshita Goyal
Get Even More From Bustle — Sign Up For The Newsletter