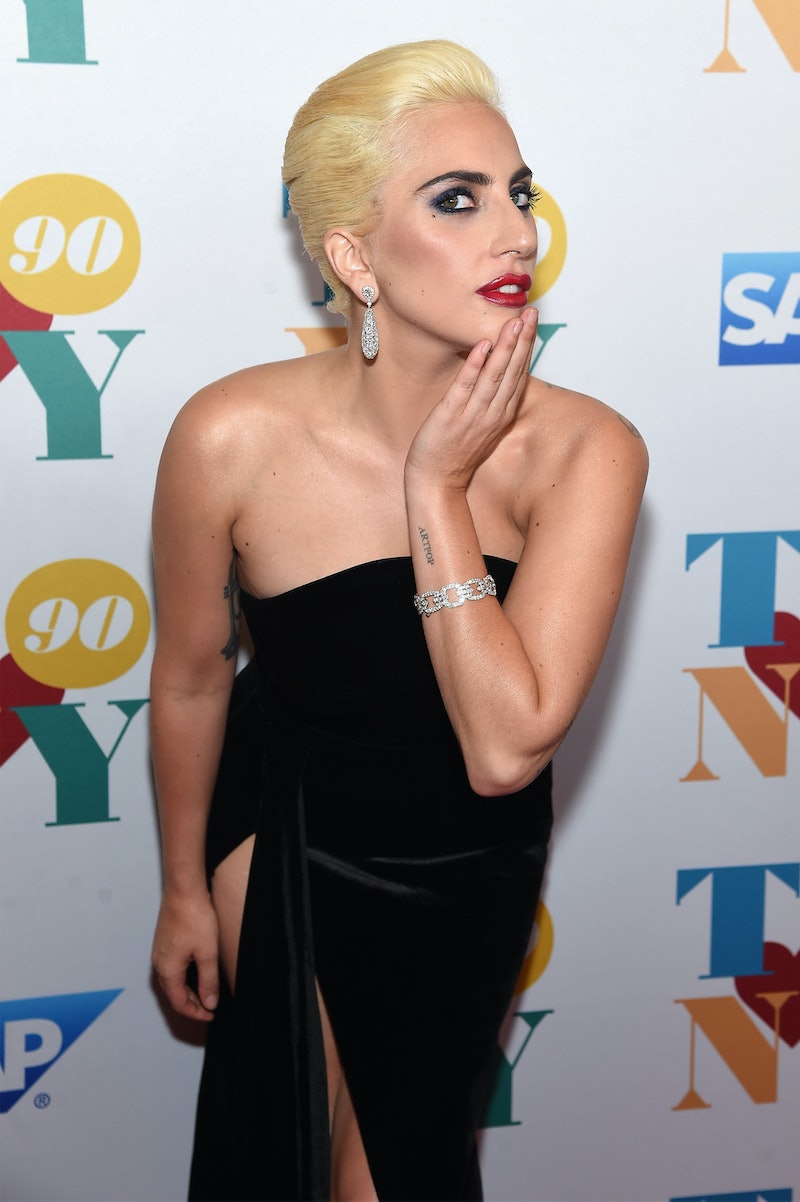 While it is very true that Lady Gaga's return to American Horror Story has been widely anticipated, details about her role in the sixth season have been kept tightly under wraps. (Secrecy is the real theme of this season, if you ask me.) But it seems her character is going to be a far cry from the vampiric, fashion-savvy Countess we came to know and love in Hotel. So who is Lady Gaga playing on American Horror Story: Roanoke ? She seems to be in league with Kathy Bates' character and her band of mystery settlers who may or may not be members of the Lost Colony.

As of now, we don't know any specifics like her name or motive for helping her peers roast innocent people on a spit. However, it's clear that she may have one thing in common with The Countess after all — she is NOT to be trifled with. And if she really is Bates' right hand accomplice in all of this, then she's bound to play a prominent role and have a pretty interesting backstory that's sure to give us nightmares for weeks on end.

The trailer for this episode mentioned something about devil worship, so whatever ritual that was going on when Gaga first appeared may have had something to do with that.

Either way, this season is already amping up to be the creepiest (not to mention downright confusing) season we've seen so far. And with Gaga now on the scene, things are only going to get more compelling from here on out, guaranteed.