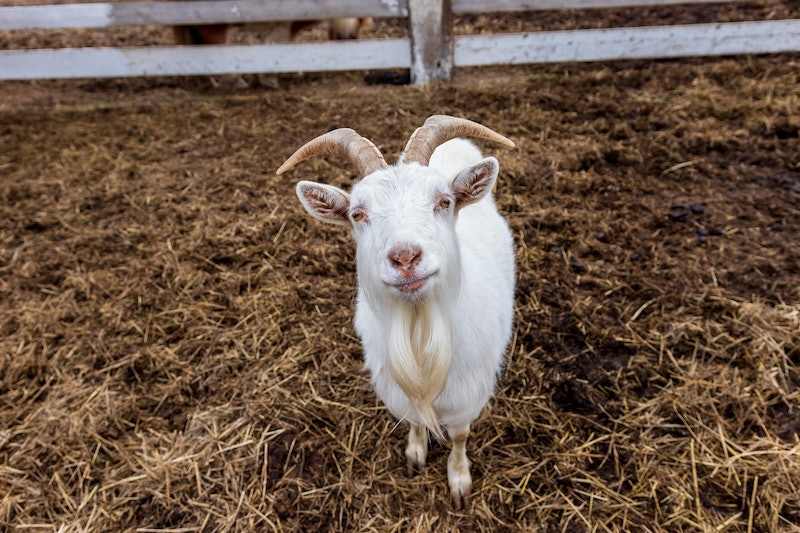 Can you talk to the animals? Yes, it's very Dr. Doolittle, but it's also a question of deep scientific interest: how do animals talk to one another, and can they be trained to talk to us? We're perpetually surprised by how complex animal communication can be; while they're usually not discussing higher mathematics, species have developed ways to subtly or overtly signal all kinds of things, from food location to mating, in some stunning ways. Animals can electrocute, wiggle, nod, send ultrasonic signals and do everything up to bursting into flames for the sake of proving a point. It's a very noisy world out there, and we're still only on the cusp of understanding it — and that doesn't even address how animals like dogs and horses communicate with humans.

How we talk about animal communication is a very delicate question. There's an ongoing debate, for instance, between scientists who think animal communication is straight information-sharing and those who believe it's manipulative (basically, why animals might lie and whether it gives them an evolutionary advantage), an argument so complex it's filled textbooks. The intricacies of animal discussions, and whether we can even refer to what they do as "language" in the same sense as human communication, are the grounds for entire careers. But for the observer, how animals send signals to one another is a fascinating, and sometimes disgusting, source of interest.

Get ready to get into some of the most amazing and bizarre ways of making yourself heard in the animal kingdom. From horses' communication with humans to bees dancing, here's just some of what we know about animal communication.

1. Many Animals Can Talk To Humans — And Other Species

The phenomenon of interspecies communication is most focused on animals communicating with humans. (We're selfish researchers.) Creatures like Koko the gorilla, who speaks sign language, and Alex the African grey parrot, who could communicate in up to 100 English words, are famed among animal scientists for furthering our understanding of what communication means in other species and how malleable intelligent non-human brains can be to shifting concepts of language. But animals, in certain contexts, can also communicate with one another.

These communications are usually built on cooperation: cleaner fish, including cichlids and cleaning gobies, clean the teeth and algae from larger predatory organisms, who can "signal" that they want a clean instead of a meal. Another famous example, though, is the bond between geckos and an insect called a treehopper, which provides honeydew at the gecko's request (communicated through nodding). Treehoppers are inveterate communicators: they've also been observed feeding ants honeydew in return for a protective ant-crew that attacks anything that threatens the treehopper. Human-animal communication isn't the only way this can go, guys.

2. Horses Can Communicate With Humans About Their Body Temperature

A new study that's just emerged from Norway this month, published in the journal Applied Animal Behaviour Science, proves that horses can be trained to communicate with their handlers about their body temperature, representing a new frontier in how we think about equine intelligence. That horses are eminently trainable is an old truth; the entire sport of dressage is based around making them do ridiculous things for humans. But the Norwegian scientists trained the horses to associate different signs on a board with different bodily temperatures (too hot or too chilly) that signalled their problem to their handlers, and found that the horses were very keen to communicate; once they had the ability to use the boards, they communicated with their handlers regularly about their bodily conditions and whether they needed another blanket. It's all very Mr Ed.

3. Dogs Can Understand Us As Well As Infants

You're not imagining it; your dog does actually understand what's being said to him. At least some of it, anyway. A fascinating study from 2012 adapted one of the ways in which we scientifically test the attention of infants to dogs, and found quite a lot of similarities. Scientists tend to use eye-tracking technology, following the direction of babies' gazes, to see what they like looking at (attractive faces, for instance). In the 2012 study, researchers applied that technology to dogs, and found that they can "follow" human communication about as well as 6-month old babies, which can't speak but are gradually learning language.

The scientists showed untrained dogs two videos, one in which a woman said "Hi dog!" cheerfully to them in a "dog voice" (you know what voice I mean; that singsong one people use around animals) while maintaining eye contact, the other in which she said "Hi dog" in a flat voice while looking elsewhere. After each greeting, the woman looked at a particular object. Dogs who'd been greeted enthusiastically, in a dog-friendly way, also looked at the object; they thought the human was addressing them and trying to show them something. If they hadn't been greeted in a dog-friendly way, they didn't pay the object much attention. The scientists think this ability to understand human speech when it's directed at them specifically is something we've evolutionarily selected in dogs, breeding them as domestic animals for their ability to comprehend commands. (What we're doing with cats is another matter entirely.)

4. Some Fish Can Communicate Via Electricity

The concept of an electric fish, such as the electric eel, is a well-known one; but some breeds of fish have a far less powerful voltage designed for communication instead of stunning or killing prey. "Weakly electric fish," as they're called, produce mild electric electric organ discharges from their bodies, which create small electric fields. The results give them advantages for hunting and, interestingly, communication.

Although various kinds of fish (and one monotreme, the platypus) can detect electrical signals, weakly electric fish both actively produce them and receive electrical information via electroreceptors in their skin. It's been shown that different kinds of electrical pulse correspond with certain kinds of communication: some male weakly electric fish will "chirp" when they succeed in attracting a female, a brief, huge surge in frequency of their normal electrical signal. The best and weirdest bit, though, is what happens when two weakly electric fish meet and happen to be close to one another's wavelengths. If their frequencies clash, they can actually change them until they stop "jamming" one another.

One of the most famous studies of animal communication in history dates to 1917, when the Austrian zoologist Karl von Frisch made the discovery that would found his career and win him a Nobel Prize in 1973: the fact that bees communicate through dancing. Frisch had set up an observation hive with a source of honey nearby, and found that when a bee discovered the honey, it returned to the hive and performed a dance while other bees touched its abdomen. They were then able to find their way to the honey source without needing to be shown. The bee dance, Frisch concluded, was a way of showing other bees where food lay, and his later studies found that the direction and speed of the dance were precise diagrams or maps, using the location of the sun.

It was an astonishing discovery, but the knowledge of bee's communicative properties and how they do them isn't actually new. A manual for beekeeping in 1623 warned that an injured bee’s "ranke smell" would mean that other bees became irate and likely to sting. And the dance itself, which Frisch was the first to explain, was actually recorded by Aristotle in his observations of bee behavior, though without a clear idea of why.

Spiders, it seems, operate a sophisticated communications system using a homemade communication device: their webs. We're all taught in grade school that they identify prey as it causes disturbances in a web when it gets caught, but a study by scientists from Oxford and other UK universities in 2014 found that it's a lot more complicated than just "shake and you shall find."

Different silks within a web, they discovered, can transmit different kinds of sound wave to the spiders, which detect the waves through detection organs on their legs. The sound waves are extremely subtle, but the variation indicates that strands perform different functions, which can be "tuned" via tension and silk thickness. What sound wave corresponds to what message (courtship, warning and so on) isn't yet clear, though.

7. Some Frogs Use Sounds Too High To Be Heard By Humans To Communicate

Frogs croak, right? Well, yes. But a species of frog living in Borneo breaks the stereotype: it was discovered in 2009 that the Huia cavitympanum is ultrasonic. Also known as the hole-in-the-head frog because of its gigantic eardrums, it communicates using sounds far too high in frequency to be heard by humans. We can't hear anything above about 20 kilohertz, and the Borneo frogs average at around 38 kilohertz, meaning that their calls are "ultrasounds," way beyond the range of the human ear. They can only be heard by other frogs.

The scientists who discovered this capability think it's likely evolved as a way to communicate in an exceptionally noisy environment where the lower frequencies were clogged by running water and other interference.