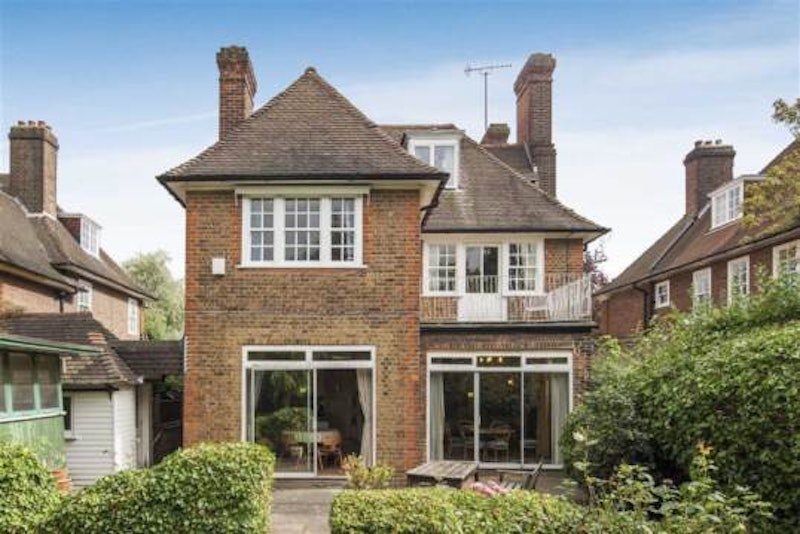 I know I am not alone is saying that Hermione Granger from the Harry Potter series was one of the fictional idols of my childhood. But if you want to get closer to this iconic character in the real world, Hermione Granger's house is up for sale in London. Of course, if you want it, you'll have to spend a few million dollars. But just knowing more about the house is a fascinating look into Hermione's hypothetical childhood.

Although Hermione's address is never given in the books — unlike the iconic 4 Privet Drive, which sadly doesn't actually exist — in the film adaptation of Deathly Hallows: Part 1, the movie used a house in Hampstead Garden Suburb in north-west London to depict Hermione's childhood home.

So what sort of place did Hermione grow up in?

According to the realtor's listing, the house is three stories, 2490 square feet, and includes six bedrooms (one of which has a terrace), two bathrooms, and entrance hall, reception room, family room, entrance hall, utility room, and a front and back yard. It is also "situated in a peaceful cul-de-sac just a few metres from the entrance to the Heath Extension and its rolling meadows and woodland." So it's really no wonder the house is going for 2.4 million pounds (about 3.1 million in U.S. dollars).

The whole setup seems like a lot for a girl who was supposedly raised by humble dentists, but who am I to speculate on how successful the Granger family dental practice was.

It is fascinating to imagine Hermione spending her childhood exploring the nearby woods — or, maybe more accurately, reading a book in the family room or on the back porch. And it's also interesting to consider whether Hermione's family really was more wealthy than the books implied.

That is, of course, if you assume that the house used in the movie is, canonically, Hermione's house. As someone who only read the books, I reserve the right to maintain my own Hermione head canons.

This isn't the first time that one of the Harry Potter houses has gone up for sale. Although the Dursley's address, 4 Privet Drive, doesn't really exist, the house that was used in the movies went up for sale earlier this month. That house, though, is a good deal cheaper — only 475,000 pounds, or about $615,000.

So if you're looking to buy a literary idol's place of residence, the Dursley house is definitely cheaper — but then again, the Dursleys are so much less cool.