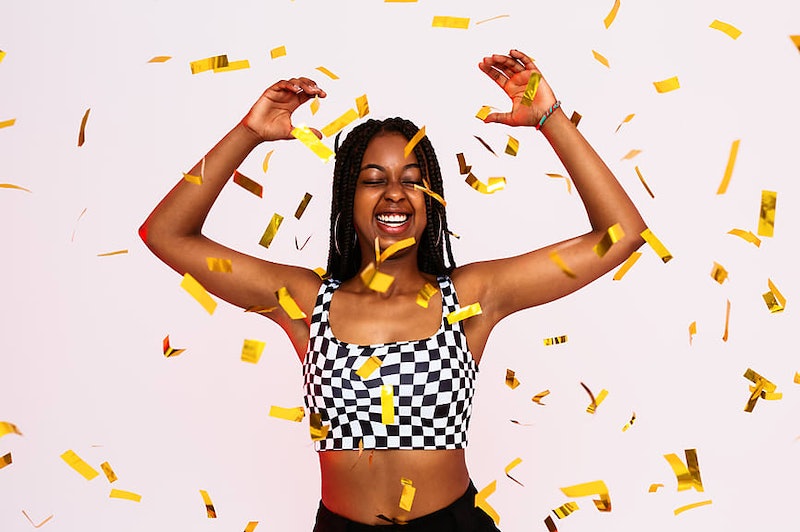 When it comes to dating and relationships, there's no one "right" way to do things. Not every shade of lipstick works for everyone, and the same goes for finding love and happiness. Although monogamous relationships are still very much the norm, there's no denying that non-monogamy is on the rise in America. Due in part to the sex-positive attitude of many Millennials, people in open or polyamorous relationships have been able to be more outspoken about their romantic lives than they might have been in generations past. Sure, the stigma around non-monogamy has not entirely faded, but curiosity and polite interest in something is much better than outright intolerance in my book.

According to a study published in the Journal of Sex & Marital Therapy, one in five Americans has participated in an open relationship of some kind. No matter what your dating preference or sexual kink, dating apps have made it much easier to find someone with whom you're compatible, which might be part of the reason more people can come out as non-monogamous nowadays. But dating apps aren't a catch-all fix: It's very possible to be stuck in a town where non-monogamy is still taboo.

So where are people seeking some form of non-traditional relationship most likely to live? Thanks to the folks at OpenMinded.com — a dating site for open and polyamorous relationships — we can take a peek at which states are home to the highest proportion of non-monogamous people. The site analyzed data of its over 100,000 members in the US, and found that there are a few states that are way ahead of the curve when it comes to being open about non-monogamy. A whopping 14 percent of members were located in California, and similarly large concentrations of OpenMinded users were in New York (9.56 percent) and Texas (7.36 percent).

“States such as California and New York are often seen as the pioneers when it comes to being open-minded, especially when it comes to relationships," says Angela Jacob Bermudo, a spokesperson for OpenMinded. "But it isn’t just liberal attitudes that contribute to the large amount of people seeking open relationships. When states do well economically, its residents are able to focus on other forms of fulfillment.”

However, it seems not every state's citizens are itching to ditch traditional relationships just yet. The bottom five states with active members on OpenMinded were Delaware, Vermont, South Dakota, North Dakota, and Wyoming — aka some of the least populous states in the nation. And really, who can blame them? Dating in a small town has plenty of complications, namely the super small pool of suitors. Now imagine trying to find multiple people who are also non-monogamous AND whom you're romantically interested in, and finding a relationship starts to seem like a full-time job. Of course, non-monogamous folks aren't doomed outside of the big city — it just might take a little more effort.

Whether or not non-monogamy is your style, it's cool to be from a state that's accepting of all kinds of relationships. Here are the top 10 most open-minded states — and check out the infographic below for more details about Americans and non-monogamy.