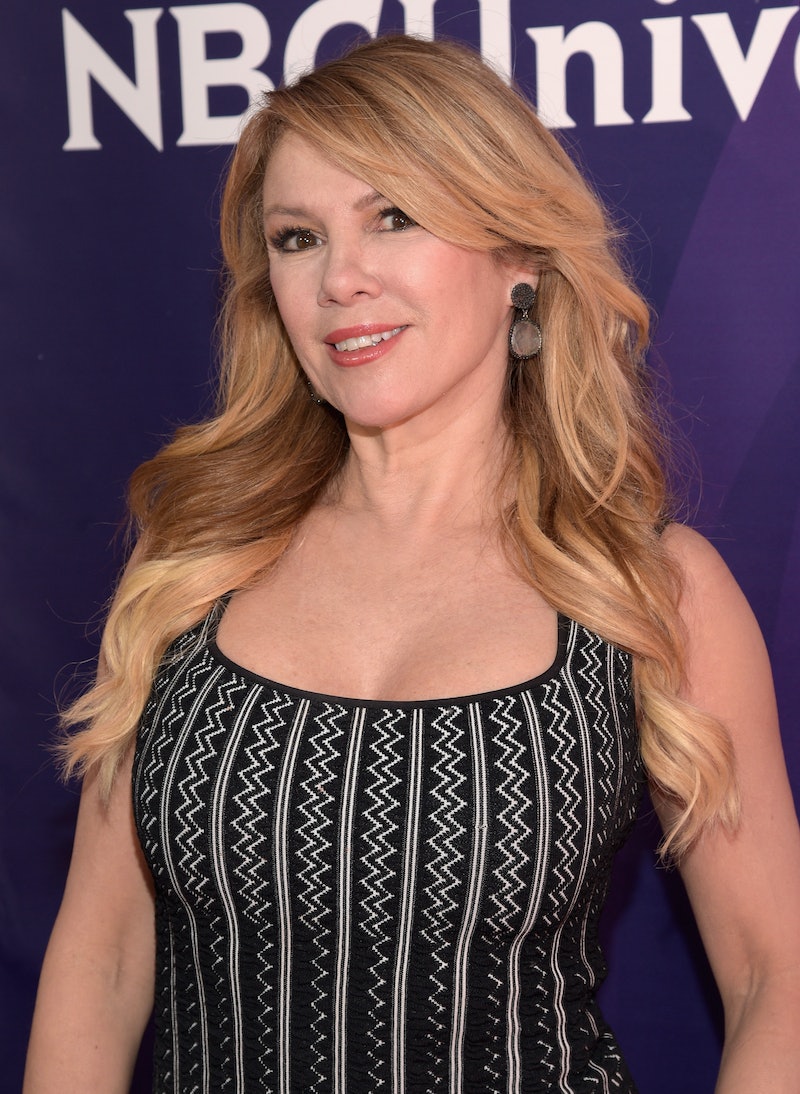 Season 8 of the Real Housewives of New York City just ended, but Season 9 already sounds like it might be even more explosive. Remember at the RHONY Season 8 reunion when Andy Cohen felt like Ramona Singer had more dirt on Tom D'Agostino Jr., LuAnn de Lesseps' fiancé? He pushed her to answer, but she remained mum. Well, during Monday's Watch What Happens Live's after show, Cohen asked her again and Ramona Singer claimed she does know something about D'Agostino. Basically, the drama surrounding The Countess' future husband is never-ending.

Cohen said to Singer, "There was that moment where I said to you that I felt like you knew something. Now you don't have to say what it is, but I know you." She replied, "Yeah, I know something. Yeah, I do." She then added, "Maybe if I do Season 9 it'll come out."

Whoa. If she does Season 9? There's no way she would leave RHONY, right? Well, Cohen sure isn't going to let her, because he said, "You're doing Season 9." Apparently, Singer is all good with that, because she replied, "OK, I'm doing Season 9." The Housewife also added about her supposed dirt on D'Agostino, "Should it come out in Season 9? I'll get killed by LuAnn, though. Maybe Tom will come after me." Bustle has reached out to Bravo for possible comment from D'Agostino or de Lesseps, but has not yet received a response.

I have a feeling The Countess would be upset with Singer, too. Ever since Bethenny Frankel showed her that photo of D'Agostino kissing another woman and de Lesseps forgave him, The Countess has just wanted to move on from it all and marry him already. However, it doesn't seem like she can.

If Singer does know something, at the time of the reunion The Countess made it seem like she would want to know. Who knows how she'd react, especially depending on what Singer claims to know or if she truly does have dirt on D'Agostino.

At this time, neither de Lesseps or D'Agostino have responded to Singer's claims. All I know is that RHONY Season 9 is already shaping to be all kinds of dramatic and they haven't even started filming yet.