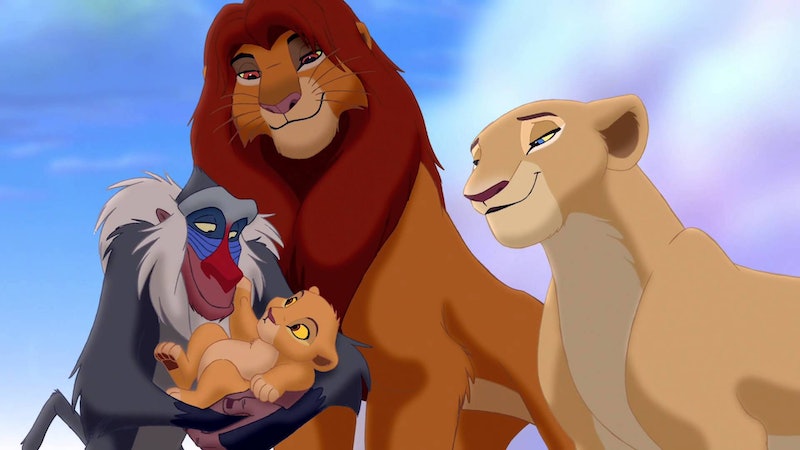 If you're a Disney fan who found themselves completely astonished by the absolute magic of Jon Favreau's live-action remake of The Jungle Book from earlier this year, then you're going to absolutely love what I'm about to tell you. On Wednesday, it was announced that a live-action remake of The Lion King, is in development, with Favreau confirmed to be directing it — and 10-year old me is currently jumping up and down, delirious with joy right now. Announcing the news via Twitter, Favreau teased his followers with the simple line, "Excited for my next project" followed by a Lion and a Crown emoticon. And obviously, the internet lost its damn minds soon after.

An official press release from Walt Disney Studios later confirmed the news of a live-action remake of The Lion King along with some brief details regarding the films development:

The Lion King builds on Disney’s success of reimagining its classics for a contemporary audience with films like Maleficent, Cinderella, and The Jungle Book. The upcoming Beauty and the Beast, starring Emma Watson as Belle, is already one of the most anticipated movies of 2017. Like Beauty and the Beast, The Lion King will include songs from the animated film. Disney and Favreau are also in development on a sequel to The Jungle Book. No release date has been announced for either film.

Oh, boy, I'm beyond excited about this remake already, but there's also a part of me that feels like a complete nervous wreck when I think about how a live-action re-imagining of The Lion King could come across feeling all too emotionally real for me (I've never quite fully recovered from the emotions of the original film).

After all, live-action doesn't suggest that real animals are going to be the stars of the movie, but more that the animation that will be used will be so photorealistic that the animals will feel real to audiences. And you know what scene I absolutely don't need to feel any more real to me than it already does in my tortured little heart? The death of Mufasa. (I'm getting choked up just thinking about it.)

All '90s kids will no doubt share a similar memory to mine, of SITTING in the cinema and feeling completely bereft when Simba's father is murdered by his evil uncle, Scar (FYI: I absolutely sobbed during that scene as a child, and still do as an adult). And, though I've little doubt that Favreau's live-action remake of The Lion King will be nothing short of movie magic, I'm also calling it right now that it's going to be an unabashed tear-jerker.

In the original 1998 film, the scene where Mufasa dies is insanely epic. There's a roaring stampede of wildebeests, Simba hangs precariously off a small tree branch, Mufasa saves his son's (and his own) life, and all of it ends with Scar throwing his brother back down to the stampede to his brutal, horrifying death.

Even as an animated sequence, this scene is stacked with the sort of heart-racing peril and tragedy that completely emotionally invests (and shatters) the viewer. No matter how old or cynical you are, I refuse to believe that anyone can watch this scene without feeling some kind of a pang of sadness. So please, just take a moment to imagine this same scene as a live-action sequence. Because, sure, its heart wrenching to watch in animated form, but with the added depth of photo-realism? Forget it. I'm going to howl that cinema down as an when that scene arrives in the live-action remake.

But also I just can't wait for it. If The Jungle Book proved anything, it's that the people at Disney remain experts at understanding cutting edge developments in animation and visuals, and that Favreau is an enchanting storyteller capable of being respectful of a classic tale while reinvigorating it for a new age. So I'm feeling confident, even at this early stage, that The Lion King will be just as amazing and tastefully done. Even if the end result might mean having to take a man sized box of tissues along to the cinema with me to sniffle into (it'll be so worth it).