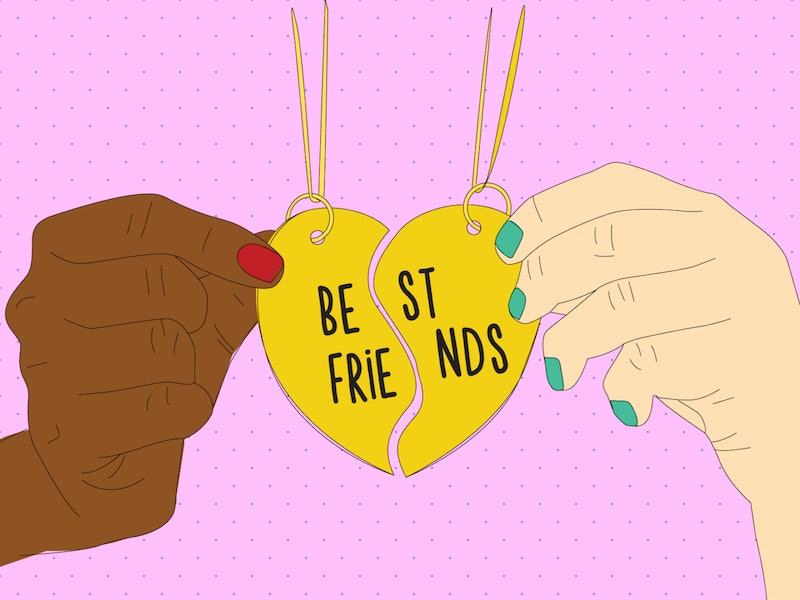 There are plenty of sayings about the similarities that draw us together — birds of a feather, great minds, and so on — but if we only made friends with people just like ourselves, the world would be fairly boring. That being said, your personality affects the friends you make; some people are simply more disposed to go out and make friends with those who have very different life experiences. Researchers at the University of Helsinki believe they've pinpointed which personality trait is associated with diverse friend groups, but it's probably not the one you're thinking of.

In a paper published in last month's Social Psychological & Personality Science, researchers analyzed data from the British Household Panel Survey, which has followed the same groups of individuals in the UK since the '90s. Among other areas, survey respondents answered questions about their closest friendships; topics ranged from their friends' gender and ethnicity to how far away they live. Participants also took a test measuring their Big Five personality traits: Conscientiousness, extroversion, neuroticism, agreeableness, and openness to experience.

According to the Science of Us, most people had three close friends, who tended to live nearby and were relatively close in age. About a quarter of close friends were also relatives. When researchers compared these friendships to respondents' personalities, they found some fascinating trends. You may think that degree of extroversion would have the biggest impact on friendships, but openness turned out to be a strong influence. Researchers found that people with high openness were around three percent more likely than those with lower scores to have friends of another gender or ethnicity, who lived further away, and whom they saw with less regularity.

In other words, people who are more open to experiences are more likely to have a diverse friend group. In contrast, agreeableness and extroversion were associated with "more traditional friendship ties." Extroverts saw their friends more often, while people who scored highly in agreeableness had known their friends longer and lived closer to them. Neurotic and conscientious people were both more likely to have friends of the same gender, which explains a lot about fans of When Harry Met Sally.

Researchers (and common sense) have known for a long time that your personality affects your choice in friends, and not just because extraverts tend to have more friends. According to a 2013 paper, people with high openness or agreeableness are less intimidated by people in other social groups. Perhaps unsurprisingly, openness is a personality trait consistently associated with tolerance.

Of course, your personality affects how your friendships play out as well. In 2015, a study showed that high levels of neuroticism are associated with less friendship satisfaction, while agreeableness, extroversion, and conscientiousness were associated with more satisfaction. (Interestingly, openness wasn't associated with either extreme.) Earlier this spring, a study found that people with the "dark triad" of personality traits — narcissism, psychopathy, and Machiavellianism — are more likely to have selfish motives for staying friends with their exes.

Ironically enough, a 2010 study found that people tend befriend those with similar levels of openness. So instead of wondering if everyone is having fun without you, maybe the real question is whether they're all off being tolerant and having new experiences without you.