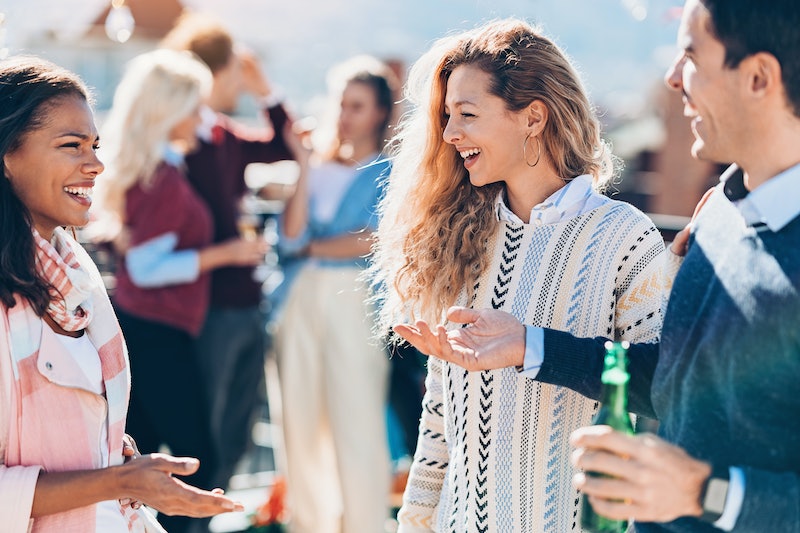 Everyone loves a good personality quiz (the scientific version of astrology), because everyone is interested in herself, of course. But how many personality types are there, really? According to new research by researchers in Spain, the answer is just four — and the details are rather different than other theories of personality you've heard before.

The research team, hailing from Universidad Carlos III de Madrid and several other Spanish universities, called upon a team of over 500 volunteers to answer many questions about social dilemmas, designed to reveal their tendencies to cooperate (or not). Their findings, published in Science Advances, indicate that 90 percent of people fall into just four personality types: pessimistic, optimistic, envious, and trusting. These fairly self-explanatory types were revealed by not just the participants' answers to questions, but their reasoning. Optimists planned for the best while pessimists planned for the worst. Trusting people cooperate by default and without deliberation, while envious people display a competitive streak.

This new theory of personality contrasts with another you've probably encountered, the Myers-Briggs personality type. In the Meyers-Briggs paradigm, people are assigned 4 letters (out of 8 possible letters) to describe their various preferences. There's E or I (extraversion vs. introversion), T or F (thinking vs. feeling), T or F (thinking vs. feeling), and J or P (judging vs. perceiving). The resulting sixteen personality types provide the basis for everything from personality-based career advice to personality-based romantic advice. And with so many types available, people get to feel pretty special and differentiated based on their own type.

Also popular in psychology is the "Big Five" theory of personality, which breaks personality into five traits (each person displays more or less of each trait on a spectrum, and the combination produces their unique personality). The five traits are extroversion, agreeableness, conscientiousness, openness to experience, and neuroticism. Your scores for these traits might be coded as percentages, so you don't end up having a cool special label. But one advantage of the Big Five is its respect for the fact that traits are usually not binary, but do show up in various degrees in people.

As you can see, these theories vary quite greatly from the new four-type theory of personality on offer. The four-type theory is pretty simplified compared to the Myers-Briggs and the Big Five, but apparently it doesn't lose scientific accuracy that way (maybe people are less unique than they'd like to think they are). Without further ado, which type are you?

Take, for example, one of the scenarios from the Spanish researcher's personality experiment (as reported in ScienceDaily): "Two people can hunt deer together, but if they are alone, they can only hunt rabbits." What does the optimist do? The optimist chooses to hunt together, because (theoretically) that becomes a win-win scenario. Way to see the good in people! 20 percent of people are optimists.

How does the pessimist decide to hunt? The pessimist decides to go it alone, because then she can control that she'll go home with something, even if it is only the lowly rabbit. She therefore has a low opinion of her prospective hunting buddy and tries to shoot for the lesser of two evils. Another 20 percent of people are pessimists.

The trusting hunter decides to hunt together, with nary a thought as to what could go wrong. She trusts by default, even if she's been burned in the past. Again, 20 percent of people fall into this category.

An envious hunter is willing to do whatever it takes to beat other people, even if that means settling for rabbits. So, in this case, she definitely hunts alone. You'd think that people willing to shoot themselves in the foot (rather than cooperate) would be rare, but envious turned out to be the most common personality type according to this research, with 30 percent of people falling into the "envious" category. Kind of explains a lot, doesn't it?

More like this
Are Sagittarius & Capricorn Compatible In A Relationship? Astrologers Weigh In
By Kristine Fellizar
Bumble's "Compliments" Feature Lets You Message Before You Match
By Lexi Inks
These Are The 3 Most Mellow Zodiac Signs
By Kristine Fellizar
These 4 Zodiac Signs Have Naturally Inquisitive Souls
By Nina Kahn
Get Even More From Bustle — Sign Up For The Newsletter