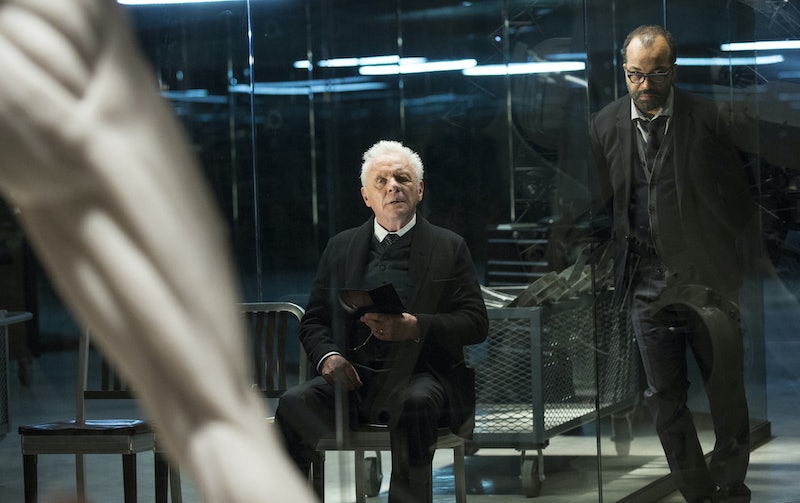 Game of Thrones may be on an uncomfortably long hiatus this year, but luckily your next new TV obsession is well on its way in the form of HBO's new sci-fi drama Westworld , which centers around a high-tech amusement park that allows its users to experience the Old West by means of an advanced computer program. But who is real and who is the product of invention? That's one very important question some of these characters will have to ask themselves as the reality of this idyllic world slowly gets brought out into the open. So does this mean Westworld is about robots? Artificial intelligence will play a fundamental role throughout this story.

You see, a big part of the theme park's draw is how real everything seems. It fully immerses its users into the Old West way of life through various illusions, including some of the people visitors interact with. But when the robots look as life-like as the actual humans, it can start to get a little confusing for everyone involved. Take Dolores Abernathy (Evan Rachel Wood), for example. Initially, she believes herself to be a normal farm girl, but soon comes to realize that her entire existence is just one big, elaborately constructed lie. In the latest trailer for the series, it's more clear than ever that Dolores is actually one of the android hosts of the park's creator, Dr. Robert Ford (Sir Anthony Hopkins). And it seems that the line between humans and artificial intelligence is about to get significantly blurred.

We see Dr. Ford ask Dolores about her dreams, but how is it possible for an A.I. to dream? Wouldn't that indicate that it has a subconscious? And what about that tear we seeing rolling down her face at the end of the clip? Last time I checked, robots were incapable of crying or of having any kind of authentic emotion for that matter.

Obviously, there's a lot more to this complex new world that we, the viewers, have yet to learn about, but I think it's going to breathe life into these unusual characters in very unique and complex ways. Dreams can't last forever, though. Like with most things, reality has a way of creeping in when you don't want it to. So however wonderful this world may seem at first, trouble is bound to ensue and truly set this 10-episode journey into motion.

Think of it like The Matrix meets Game of Thrones. I don't know precisely how it'll all play out or even who I'll end up rooting for, but I have no doubt that this will soon become the world's latest collective TV obsession. And no, my computer didn't force me to type that... or did it?