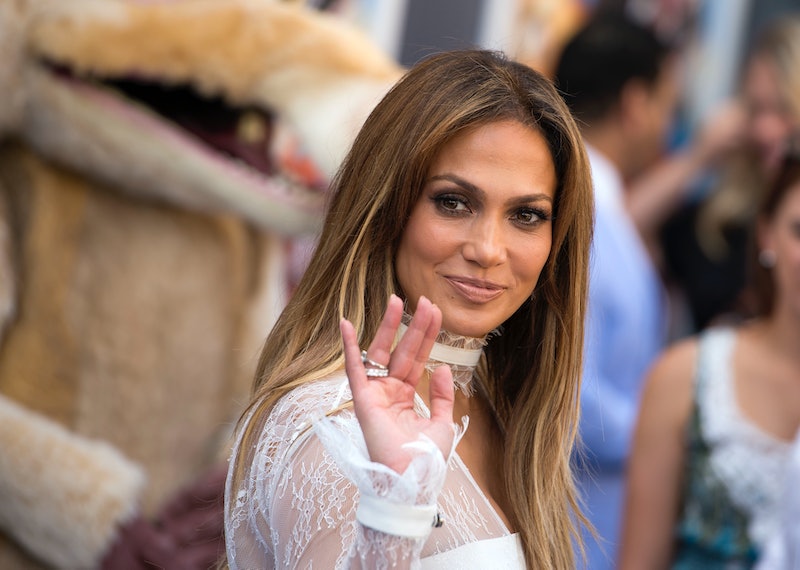 Yes, finally. The world makes sense. Which is to say, Jennifer Lopez is World of Dance 's new judge, and all is right with the universe. If you're wondering what World of Dance is, it's the upcoming TV dance competition offering from NBC, in which solo artists compete against crews and duos in all the different genres of dance. In the world of reality entertainment shows, the coveted judge roles are often the logical next step for pop stars who have started to crave routine and stability when it comes to their creative careers. Bu,t in the history of celebrities-turned-judges, I'd argue no judge has been so right, so totally on-the-money for their role than Jennifer Lopez.

Yes, this is not, actually, the first time Lopez has held a judging role; attentive fans will be aware of her stint on American Idol. But this is different: she is a great singer, but she is a sensational dancer. When Lopez dances, cherubs weep rainbows. This is not an exaggeration. This isn't humor. This is just cold, hard science. If you told me that Lopez invented dance, I would not even stop to doubt that statement.

"Pfft," you say, tsking at my obvious bias in favor of Lopez's moves. Pfft, indeed. Let's break it down for you, cynic. Let us weave our way through the most magical dance moves of Lopez's oeuvre. Do we live on Planet Earth or do we live on a stage erected in order for Lopez to dance on it? Probably the latter, TBH.

Because Her Flashdance Tribute Is Genuinely Good

Never one to set the bar low, Lopez decided to use her "I'm Glad" video to do a tribute to, well, the best frickin' dance movie ever made. Unbelievably, her take on it is as good as the original material.

Have you ever tried to dance to "On The Floor"? Her Pitbull collaboration might be catchy, but it's way too fast-paced and frenetic to dance with any dignity to. You end up just punching your fists into the air at a rapid beat. It's not sexy, and it's not elegant. No wonder Lopez is the only one who's able to master the beat, via a pretty challenging snakelike neck jut. Do not try at home.

OK, skip to three minutes in in the video above. Lopez is surrounded by some fairly aesthetically appealing dudes. These people are professional, full-time dancers. The choreography is actually the sort of dancing you'd traditionally associate with masculinity: short, sharp movements that demonstrate strength. And yet, and yet, and yet — my eye's still drawn to Lopez and not the muscled Y chromosome-havers surrounding her. You can't buy that sort of charisma.

"Waiting For Tonight" is a fantastic song that's been paired with a silly video. It's about your average 20something lady looking forward to a great Saturday night. Her flatmate gets a phone call... and then suddenly she's in her underwear in a forest dancing in amongst a ton of lasers. It doesn't totally make sense. Luckily for the music video director, Lopez's moves are such that, instead of questioning the video, you're swept along with it. Of course she's dancing in her underwear in a forest. Of course suddenly she's magicked a dress on and is surrounded by other people. What else do people do on Saturday nights?

Jennifer Lopez has never been interested in just one thing — she's always been queen of the slash career, as a seriously impressive pop star/dancer/actor/businesswoman. But while you've got to celebrate her ability to multitask, her dancing has always been the thing that made her stand out from the other talented humans on the entertainment circuit. The thought of a generation of Lopez-tutored new dancers is an exciting thought. Here's hoping her stint as judge means a whole new crowd of mini-Lopezes on the dance scene.