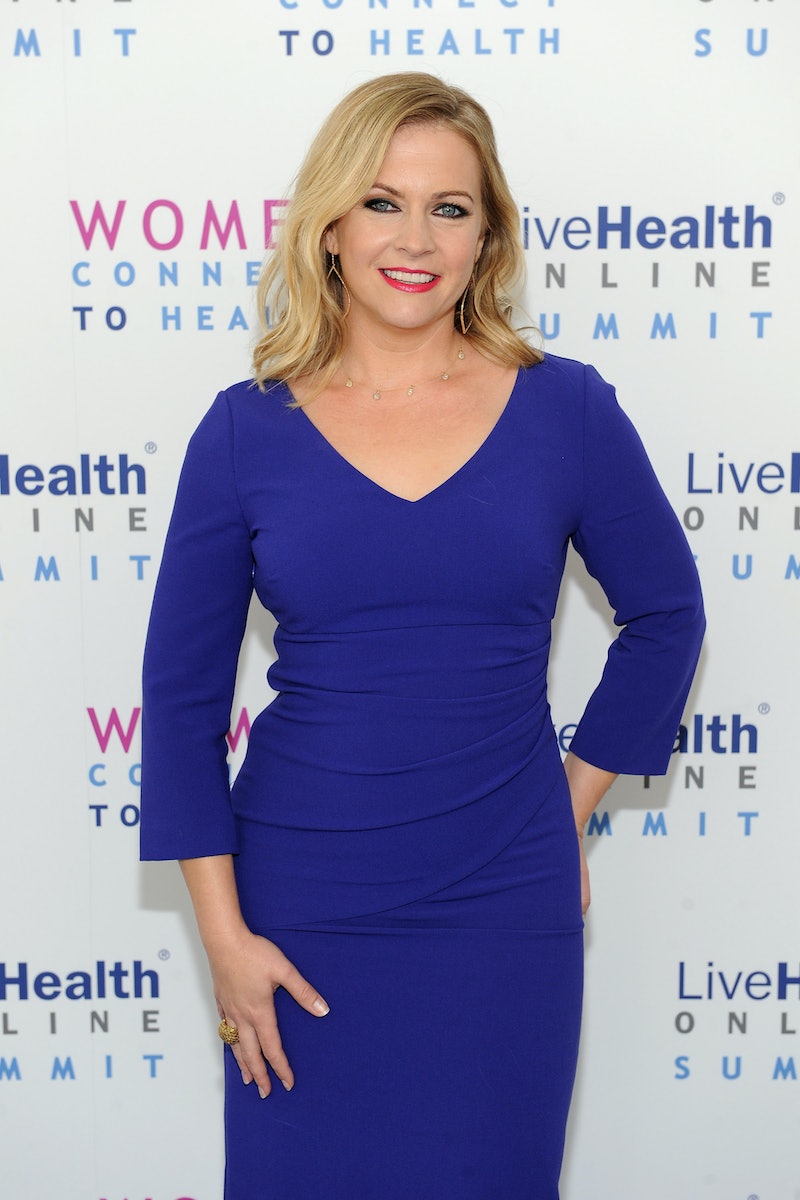 Sabrina is throwing her pointy black hat in the ring. Melissa Joan Hart, actress best known for starring in TV shows like '90s classics Sabrina the Teenage Witch and Clarissa Explains it All, and more recently Melissa & Joey, announced some big political news on Tuesday. Not only will Hart be supporting Libertarian Party candidate Gary Johnson for president, but she will also be joining the campaign and will serve as chair for his campaign's operations in Connecticut.

The actress sat down for an interview with People, where she explained her reasons for supporting the third-party candidate.

I want to break away from this two-party system and I think it's important for people to know that there's another candidate out there who really toes the line between Democrat and Republican. I mean he's Libertarian. But socially he's liberal, but fiscally conservative.

...I think that everyone that I keep hearing say that, if they all voted for him we could have a third-party win. Even if he doesn't get that far, I just hope that they let him debate.

She also posted a meme supporting Johnson on Instagram on Wednesday, adding, "I always said I wouldn't vote for a party, I would vote for the person that was the best for the job... and I think I found him."

Hart has been public about her political leanings in the past, voicing her support for Mitt Romney in 2012. But she has moved away from the Republican party in this election, seeing this time round as a stepping stone to a new political system.

"It's really time for us to break away from this two party system that's controlling us," she said in the People interview. "They're like gangs, you know?"

She also cites his previous experience as a governor as a good indicator of how he would perform in the highest executive office. She said that his role as governor of New Mexico, a border state, means he has real world experience with hot-button issues like immigration.

The two major party candidates have drawn celebrity endorsements, particularly Hillary Clinton. The Democratic National Convention could've been mistaken for a movie premiere red carpet leading into a Katy Perry concert. (Donald Trump, by comparison, had a star of Duck Dynasty.) But Johnson is no slouch when it comes to Hollywood support. In addition to Hart, he has the backing of Drew Carey, Nirvana bassist Krist Novoselic, and NBA commentator Kenny Smith.