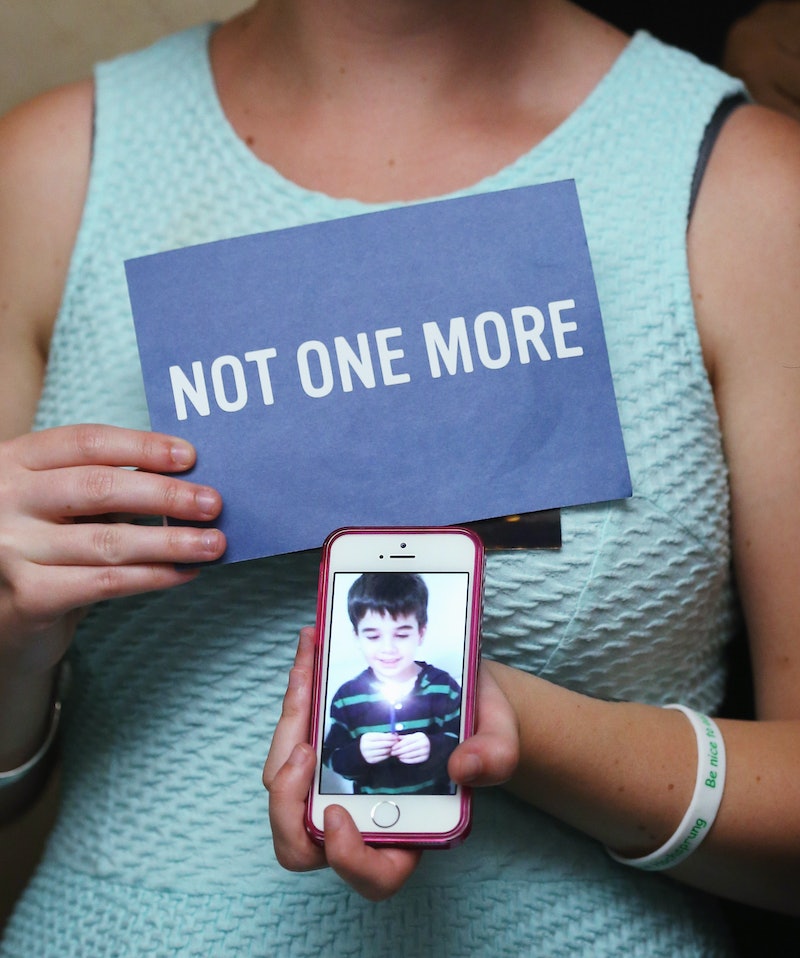 On Wednesday afternoon, an elementary school shooting was reported in Townville, SC. According to the Anderson County Sheriff's Office, the shooting occurred shortly after 1 p.m. at Townville Elementary School. At least two students were injured and airlifted out of the school, and one teacher was taken by ambulance to an area hospital.

Armed officers were at the school by 2 p.m. Students were evacuated by bus to a local church, and parents were asked to meet their children there and stay away from the school grounds. The sheriff's office told local news station, WYFF News 4, that a teenage suspect was in custody. So how often do school shootings occur, especially ones in elementary schools?

Elementary school shootings carry a certain additional potency because of the age of the children at risk. The mass shooting at Sandy Hook Elementary School in Newtown, CT in Dec. 2012 was an unprecedented event which sparked both outrage and an outpouring of grief across the country. 26 people were killed in this attack, 20 of whom were first-grade children.

After this tragedy, more attention has been paid to tracking these shootings to analyze the prevalence of gun violence in our schools. A group called Everytown for Gun Safety has been tracking those statistics since 2013. On their website, it says that "Everytown for Gun Safety Support Fund is an independent, non-partisan 501(c)(3) organization dedicated to understanding and reducing gun violence in America."

Everytown for Gun Safety's definition of a school shooting is broad — it includes anytime a firearm was discharged in a school, on school grounds, or in a school bus. From the time the group began tracking at the start of 2013 until the final day of 2015, Everytown for Gun Safety identified 160 incidents of school shootings over those three years. The recorded incidents resulted in 59 deaths and 124 nonfatal gunshot injuries. 84 of those shootings occurred at a K-12 school, with 24 of those at an elementary school. In 2016, the group has added 36 more shootings to that count, bringing the current total since 2013 to 196.

Sen. Chris Murphy of Connecticut was quoted in 2015 as saying on the Senate floor, "Since Sandy Hook, there has been a school shooting, on average, every week. How on earth can we live with ourselves if we do nothing?” And by those figures, he's not wrong.

It is important to note that only a small percentage of those incidents bear similarities to Sandy Hook — that is, a shooter opening fire with the intent to kill multiple victims. The Washington Post reported in June of 2015 that only 10 of the 126 shootings recorded at the time by Everytown for Gun Safety were similar in nature to the Sandy Hook shooting.

But regardless of intent or amount of injuries or deaths, any instance of a gun firing in a school is cause for concern, and shouldn't be diminished just because the scale thankfully wasn't too great.