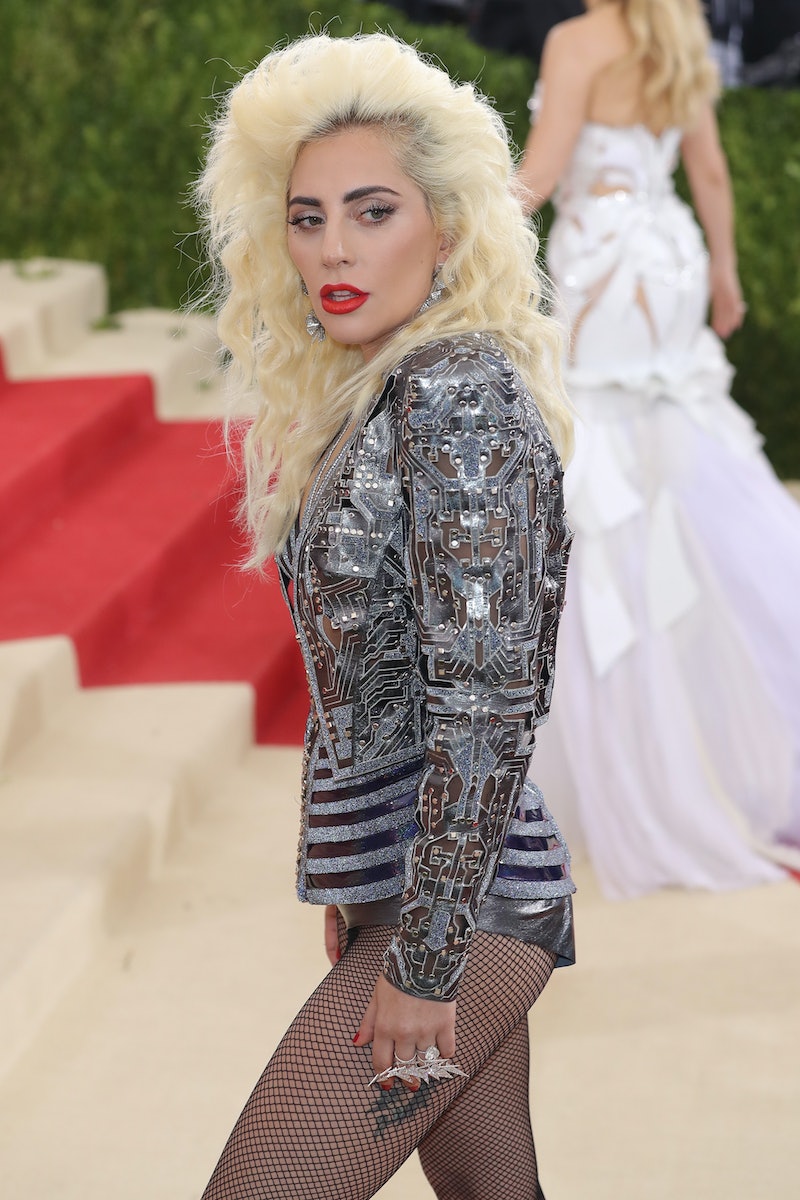 Ever since the season began, fans have been wondering who Lady Gaga's American Horror Story: Roanoke character is, and it seems like Wednesday night's episode may have just given us our answer. Is Lady Gaga a witch? It's a theory I'm certainly feeling more and more inclined to believe now that we've been given a bit of her background story, which is even more messed up than I originally thought.

Basically, we see Gaga's character approach Kathy Bates (aka The Butcher) in the woods during a flashback of when she was near death after being banished by her own colony. But instead of offering her some water, she presents the Butcher with a heart, instructing her to eat it, which she does in a very Daenerys-like fashion. (Game of Thrones fans know what I'm talking about.) She also seems to whisper about the Butcher giving up her soul, so maybe eating the heart was part of some ritual to link their spirits together? Either way, I could tell this pairing was only going to lead to no good.

Cut back to the present day Matt, Shelby, and Lee who were still looking for Flora. Matt disappears into the woods and when Shelby finds him, he's having sex with Gaga's character. Normally, I would be outraged to see a man cheat on his wife, but in Matt's defense, he may have been under some sort of trance. I say this because when Shelby confronted him about it later that evening, he genuinely appeared to have no recollection of that happening. And not in a lying-to-get-out-of-trouble kind of way. He legitimately seemed confused by what she was saying.

So did Gaga work her magic by putting a spell on him during their little encounter? It seems like a definite possibility. And if that really is the case, then these two have much bigger problems on their hands than a cheating scandal.