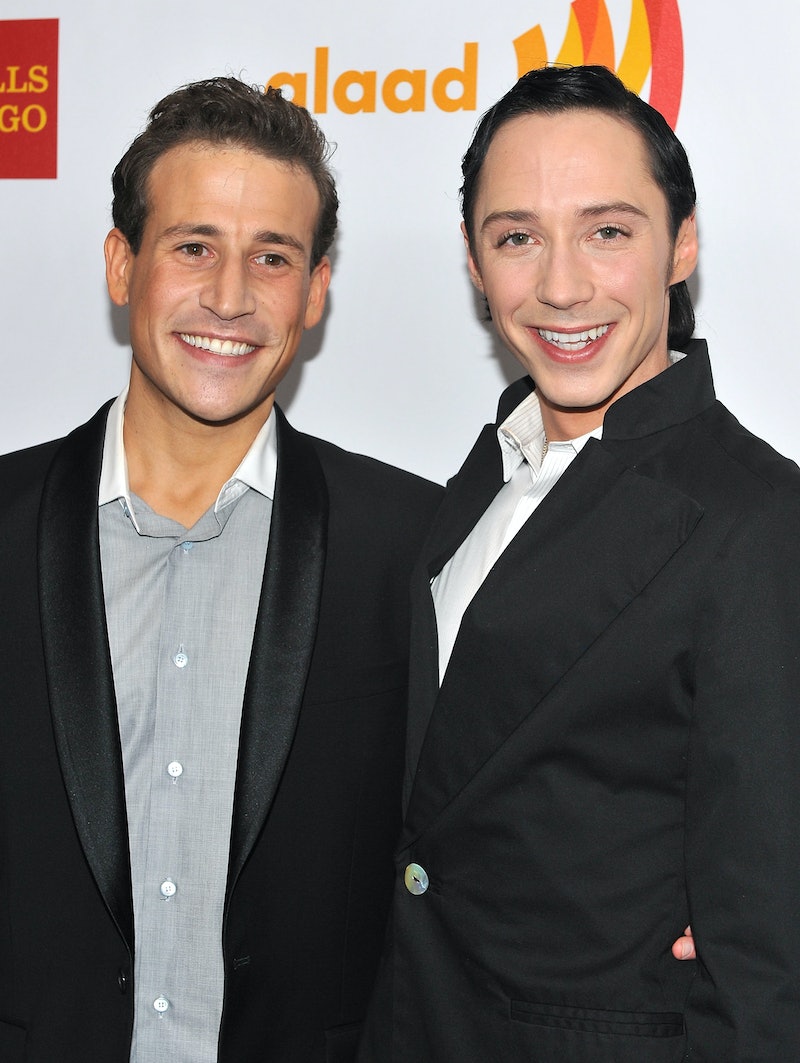 Sad news for ice skating and crazy outfit fans alike. Johnny Weir has split from his husband Victor Voronov after just over two years of marriage. Weir and Voronov, a lawyer, wed in New York City on New Year's Eve 2011. Weir announced the split on March 19 by tweeting, "It is with great sadness that I announce that my husband and I are no longer together. My heart hurts, and I wish him well." He continued hours later, "No matter what, I am a cheerleader of love and partnership and creation. I am sad yet I am thankful that I was loved and that I could love."

Weir and Voronov both legally took on the hyphenated name Weir-Voronov following their wedding and Weir's Twitter account reflected this change, but has already been changed back to simply saying "Johnny Weir."

In an interview before their wedding, Weir said of Voronov, "His name is Victor, he's kind of everything that I've ever looked for and aspired to be in a relationship with. We've known each other for a long time and we reconnected over the summer, and it's just been a whirlwind."

News of the couple's split comes not long after Voronov filed a police report stating that Weir bit him during a domestic dispute. According to Radar Online, the case was dismissed at Weir and Voronov's request.

Based on his statements — well, tweets — Weir sounds like he has a positive outlook on the break up. Voronov, on the other hand, seems more shocked than anything. He wrote,

Weir will be appearing on Access Hollywood Thursday evening in what he says will be his only interview regarding the split.