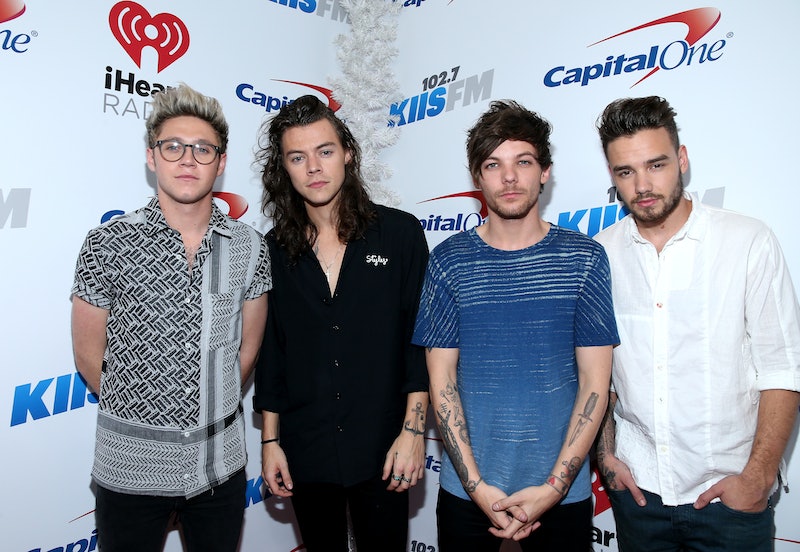 Sorry Directioners, but the hiatus is real, and so is the struggle that goes with it. Niall Horan just dropped his first solo single, which means, it may be a while before fans see One Direction back together again. Now, this isn't all that surprising, since the guys in One Direction did say they were going on hiatus. Horan, in fact, was the one who confirmed it in 2015, writing, "We will be taking a well earned break at some point next year." But, if you were hoping it was going to be a short hiatus, this week may have you thinking differently. And I hate to say it, but It may be time to start coping with the fact that 1D may be going their separate ways for longer than even they'd like to admit.

Since the four remaining guys in One Direction announced they were going on a short break after working five years straight, there have been signs that they may not be taking as short of a hiatus as they keep telling fans. Remember, *NSYNC also told us they were going on a "break" too, which, as of now, seems more like a breakup. But just look at the boy band's video for "History." That definitely felt like a goodbye, right? It seemed like a way to say goodbye for now, but also, could be a goodbye forever if circumstances change.

And now, it seems they have. Horan is launching his solo career — one Simon Cowell is fully behind — which makes you wonder how long is it before Harry Styles and Liam Payne, both of whom have signed solo deals, release their own singles?

But maybe no one should be too surprised, since this week already had Styles taking back some of those short hiatus comments the band made a year ago in an interview with Chelsea Handler for Another Man magazine. The magazine advertises it as Styles, who just finished filming his first film Dunkirk, celebrating his independence, and he does seem to be a free man for now. When Handlers asked about One Direction, Styles said,

"I don't know. When we started, people always asked, 'Where do you think you'll be in 5 years?' It's a difficult question to answer. I would never say we'll never do anything again but it's good for us to be exploring different things."

Different things also means the guys of One Direction aren't necessarily going away; they're just going their separate ways, which as Styles said, really isn't a bad thing. Horan's new single, "This Town," doesn't have him ditching his One Direction roots — even if it does sound like a goodbye. It actually sounds a lot like something the boy band would have released, but now, for all those Niall fans out there, he gets to be the star.

That's why maybe we've all been thinking about this wrong. The chance for these guys to go their own direction instead of sticking to one gives fans a chance to really get to know each of these guys as musicians, the musicians they want to be. And isn't their happiness more important than ours? Forcing them to make music they're not all that into right now could lead to the guys splitting up and never even thinking of getting back together. Now that would be much sadder than an extended hiatus.