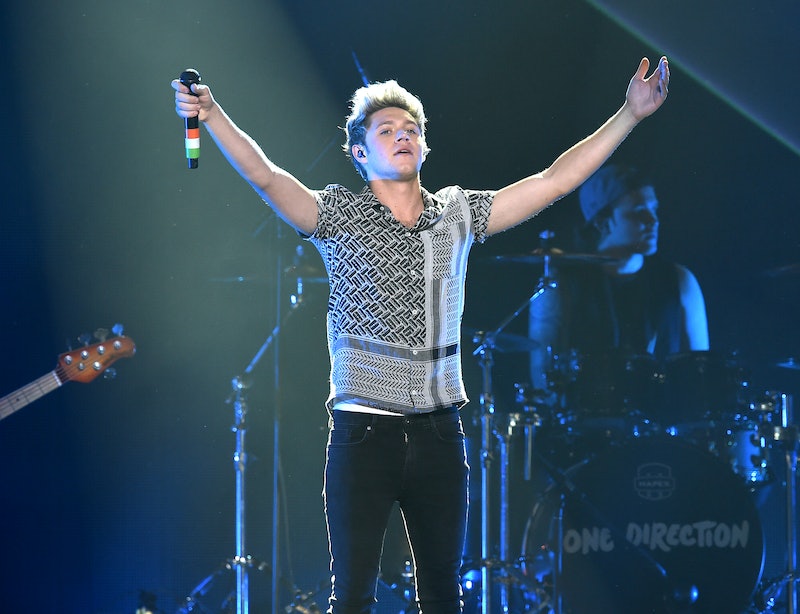 As if it wasn't exciting enough news that Liam Payne has signed a recording contract with Capitol UK to release solo music, the latest reports revolve around the future of the cutest member of One Direction Niall Horan. (I'm sorry, but have you seem him? He is totally the cutest). Following reports that Harry Styles is also set to launch a solo career, is it possible that Niall Horan is going solo next? Simon Cowell certainly seems to think so, and, in an interview with PEOPLE, he's made it pretty clear that Horan will be the next of the One Direction heartthrobs to go it alone.

Cowell said, "Niall is the most loyal. We are expecting to announce something soon with him. I've always known he's loyal." While Cowell's comments about Horan being the "most loyal" member of the band seem almost certainly like a dig at Zayn Malik, it also suggests that he's not in any rush to release his own record. In taking his time, and being the last band member to be rumored to be starting an impending solo career, Niall Horan is playing the long game, and clearly wants to make good decisions when it comes to his future.

PEOPLE also noted that Niall Horan's solo career could be off to a prestigious start, with singer songwriter John Newman mentioning that he may be writing some music for the 1D member. Newman allegedly said, "I was having a text back and forth with Niall Horan the other night about some ideas, which is cool." With credible musicians like Newman on board, Horan could have a real shot at establishing himself as a viable solo artist. Considering One Direction had five members, that's a lot of competition now that the band has disbanded. But by aligning himself with important musicians in the industry, Horan might be taking some solid steps to ensure his future endeavors are successful.

While we'll have to wait for an official announcement from Niall Horan himself, it certainly sounds as if Simon Cowell is hoping to keep 1D's cutest member, and not to mention "most loyal," within the Sony family. And that's definitely something be thankful for.