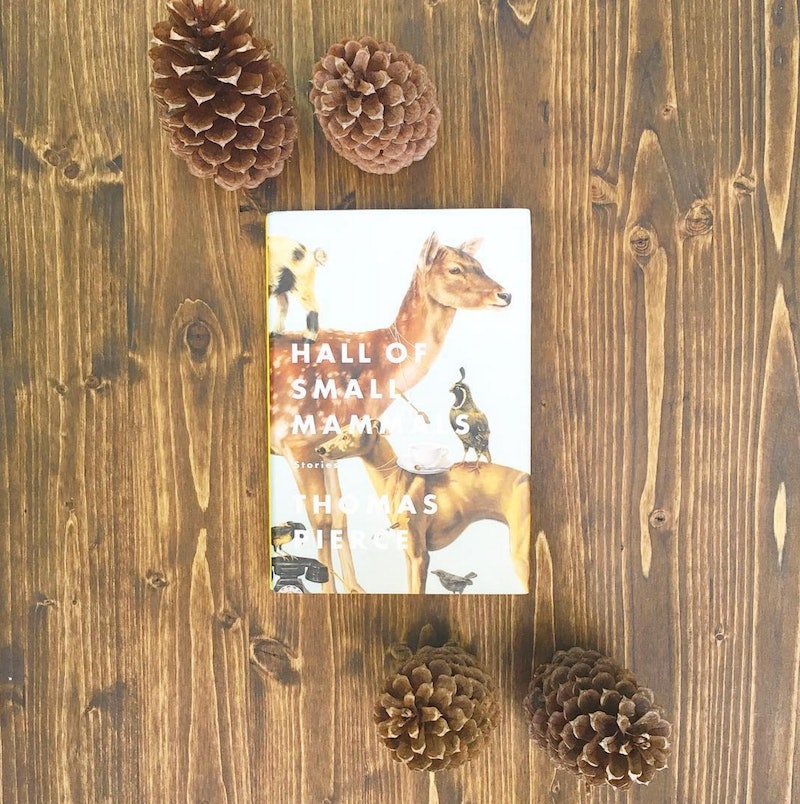 It's that time of year again. You know, when the National Book Foundation's 5 Under 35 Honorees are announced and I start to panic about how much I need to achieve in the next ten years. But then I have to put that panic on hold and focus instead on being really happy for the honorees. The 5 Under 35 is a fantastic program in which the National Book Foundation gives a cash reward to five young writers who have been selected by National Book Award winners and finalists, or by writers previously recognized as part of the program.

This year, there are a bunch of familiar names on the list that will no doubt have you nodding your head in agreement, because of course these writers deserve the recognition. It also makes a refreshing change to many of the other awards lists we see — because the 5 Under 35 consistently rewards a diverse range of authors who are actually shaking things up in the publishing industry.

The honorees will be officially celebrated at a November ceremony, but that doesn't mean we can't start a party in their honor right now. So let's have a look at the five incredible people deemed the National Book Foundation's best young writers this year.

Brit Bennett was selected by YA icon Jacqueline Woodson, who has long been an idol of hers, so I can only imagine how she's feeling right now. She received this honor for her as-yet-unpublished debut The Mothers , which will hit shelves on October 11, and which she started writing when she was still a high school student. (Damn, I really missed the boat on that one.) Jacqueline Woodson told the LA Times that she was "truly struck by Brit’s ability to tell such a compelling and thoughtful story" — which is some seriously high praise.

Yaa Gyasi's novel Homegoing was one of the most anticipated books of the year, and it certainly didn't disappoint. Gyasi was selected as a 5 Under 35 nominee by Ta-Nehisi Coates, a National Book Award Winner for Nonfiction in 2015. Coates even blurbed Homegoing, describing it as "an inspiration" — so it's no secret that he loved it.

Prodigals author Greg Jackson was selected by Lauren Groff, bestselling author of Fates and Furies and 2015 National Book Award Finalist for Fiction, who called him a "stellar talent." Jackson told the LA Times that he was overloaded with grocery bags when he got the phone call with the good news. "I had to ask them to call me back," he confessed, "because I didn't have enough hands for the phone, the bags, my excitement, and the door.”

S. Li is especially impressive as he was actually training as a medic when he first started creative writing. Transoceanic Lights is his debut novel, and when he got the email telling him he'd been chosen as an honoree, he thought it must be a scam. The novel is based on his own childhood as a Chinese immigrant, and it was particularly admired by Karen Bender, 2015 National Book Award Finalist for Fiction, who selected Li as an honoree.

Once you've managed to drag your eyes away from that amazing cover, let me tell you about Thomas Pierce, who started out writing a series of unconnected short stories before they all "began to intersect in unexpected ways," and he realized that the characters "seemed to live in the same universe." And so the short story collection Hall of Small Mammals was born, and Amity Gaige, a 5 under 35 honoree in 2006, decided it made Pierce worthy of receiving this honor.

If you haven't read any of these novels yet, what are you waiting for? After all, they're written by five of the most impressive authors of our whole generation.