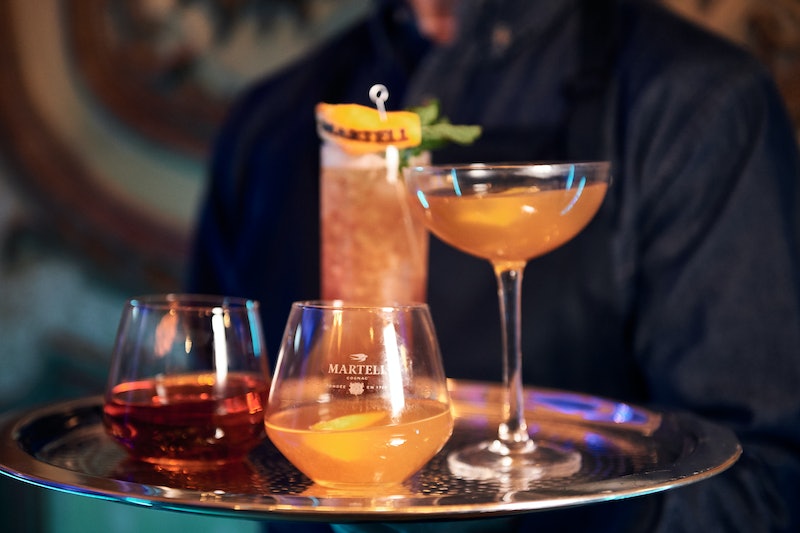 You're probably already well aware that alcohol should be consumed in moderation, but it turns out that a lot of us don’t actually know what “moderation” means. According to a recent study, Americans underestimate how much they drink by a significant degree. And that’s a real problem: Excessive drinking can cause a host of health problems, from liver damage to bone degeneration. If you routinely miscalculate how much alcohol you consume, how can you make sure you’re staying healthy and safe?

Alcoholic.org surveyed more than 2,000 people in the United States about their drinking habits and the habits of those around them, and found that in both cases, people tended to underestimate their alcohol consumption. For example, the survey asked participants how often they binge drink in the space of a month. More then 62 percent said that they don't binge drink at all. But when the survey asked them how many drinks they actually consume, the number of people who don’t binge drink dropped to 45 percent.

That discrepancy suggests that a lot of people don’t have a clear sense of what “binge drinking” really means. The National Institute on Alcohol Abuse and Alcoholism (NIAAA) defines binge drinking as “a pattern of drinking that brings blood alcohol concentration (BAC) levels to 0.08 g/dL.” That usually means five drinks in the space of a few hours to men, and four for women. So when the Alcoholic.org survey asked people about their drinking habits, they had many participants simultaneously reporting that they don’t binge drink, but that they do regularly consume four to five drinks (depending on gender) in a single sitting. That’s a lot of people who are binge drinking without realizing it.

The survey found that participants were similarly misinformed about how much other people drink. When asked how many people binge drink in the United States, only about a quarter of respondents guessed correctly: One in six, according to the CDC. More than 40 percent of participants underestimated how many Americans overindulge, believing that only one in eight or one in ten binge drink.

Participants in the study also had skewed perceptions of the types of people who binge drink. When asked which age group binge drinks most often, more than 90 percent guessed Millennials, aged between 15 and 34. Given prevailing stereotypes of young people as frat-loving, bar-hopping partyers, that assumption is understandable, but it isn’t correct: The age group with the highest frequency of binge drinking is actually the Baby Boomers, adults 65 and older. (That doesn’t mean that young people don’t have alcohol problems. Though they aren’t the group with the most frequent binge drinking, adults 18 to 34 are the group with the most binge drinkers in total. Furthermore, 90 percent of all of the alcohol youth drink is consumed during bouts of binge drinking, according to the CDC.)

The survey also found that respondents were misinformed about the risks of binge drinking. Driving while intoxicated is obviously incredibly dangerous, but many people underestimate how dangerous it can be to walk while drunk. When asked, “Are more drunk drivers or drunk pedestrians killed every year?”, about 65 percent of participants guessed that more drunk drivers are killed — but, in reality, drunk pedestrians die in larger numbers. Driving drunk is never an option, but it’s important to remember that walking while highly impaired can still get you into major trouble.

Having a clear sense of how much alcohol you consume and how often you drink to excess is an important first step in making sure that you’re staying within the bounds of safety. You can check out Alcoholic.org’s full report here.