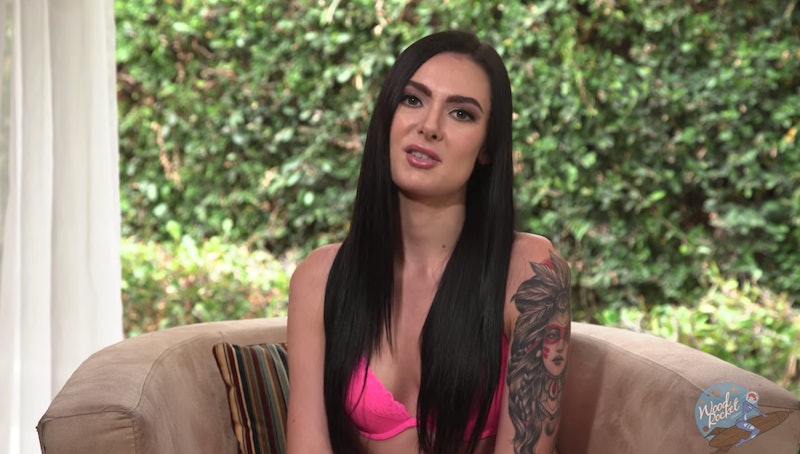 1. Name Yourself After Something You Love — Leya Falcon

A diehard Star Wars fan — and a force to be reckoned with — Leya Falcon crafted her name from a few of her favorite things: Princess Leia and the Millennium Falcon.

2. Name Yourself After Someone You Love —Sheridan Love

Sheridan Love took her great grandmother's name as her first name, which is actually a pretty sweet tribute, if you ask me.

4. Name Yourself After A Cartoon Character — April O'Neil

Teenage Mutant Ninja Turtles fans out there might recognize April O'Neil's name from the series — she was the enterprising (and busty) reporter who stumbled upon the radioactive street gang and struck up a lasting friendship with them.

5. Take A Cue From Your Favorite Artist — Marley Brinx

No, she's not really into that sappy dog movie. Marley Brinx is actually a big Bob Marley fan — and loves her ganja — hence her name choice.

Katie Morgan was once a big rum drinker, so what better way to pay homage to your spirit of choice than with a surname that nods to Captain Morgan? Now Katie prefers vodka, though; go figure.

"I thought it sounded porny," Nickey Huntsman said of her ex-boyfriend's last name which she rescued from the past to be her sexy pseudonym.

Folks were always telling Kenzie Taylor she looked like Taylor Swift, so she decided to just go with it.