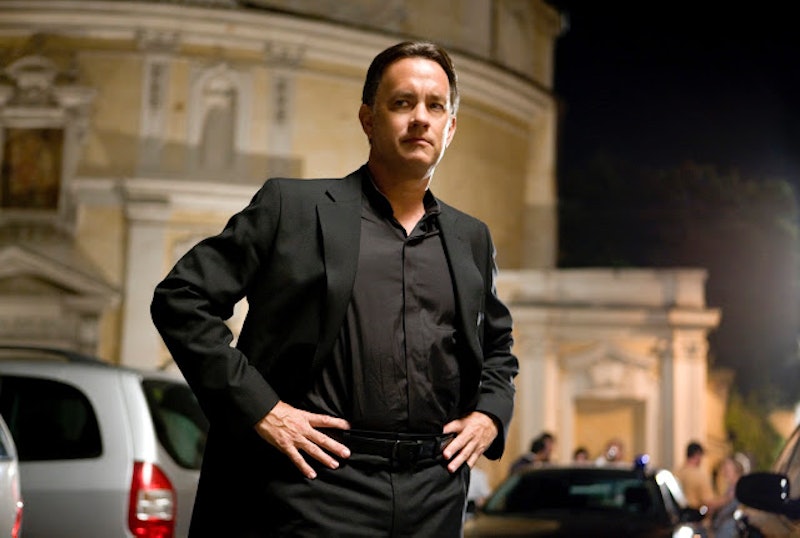 Sony Pictures announced that they will be adapting Inferno into a film. The latest novel in Dan Brown's Robert Langdon series will hit the theaters December, 2015. Tom Hanks will return as Langdon, after starring in the adaptations of Brown's The Da Vinci Code and Angels & Demons.

While it's no surprise that Sony plans to turn the bestselling Inferno into a film, it is strange that it will come before a film of Brown's 2009 novel in the series, The Lost Symbol. While there has been talk of a Lost Symbol movie, with Game Change's Danny Strong set to write the screenplay, Sony does not currently have plans to move forward with the film.

This isn't the first time Sony has changed the order of the series. Angels & Demons was actually published three years before The Da Vinci Code in 2000, but the much hyped Da Vinci was the first to become a film. But The Lost Symbol also had extremely high sales, so why is it being skipped?

Most likely, because of the subject matter. While all of the other books in the Robert Langdon series are history-riddled mysteries, races against the clock with clues hidden in various historical objects, The Lost Symbol takes on very heavy themes. Sure, The Da Vinci Code brewed controversy for suggesting that Jesus had children and Angels & Demons features a Cardinal riding a jet pack, but they weren't much more than interesting theories in a thriller. The same can be said of Inferno, which finds Langdon back in Italy trying to solve a mystery relating to Dante's Inferno.

The Lost Symbol, however, has an antagonist who truly considers himself an angel and tons of material on noetic science, a field that studies spirituality, souls, the power of thought and other concepts that would be pretty difficult to portray in a movie. Maybe Strong will figure out a way to simplify all these themes into a script, or cut them out entirely.

Until then, for fans of the world's only "symbologist," Inferno is just two years away.