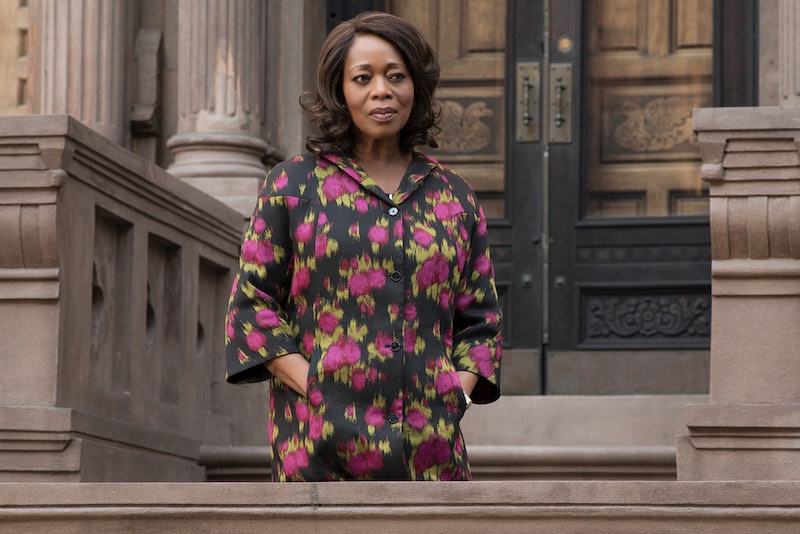 When you're dealing with any kind of superhero series, it can sometimes be difficult to discern fact between fiction. I mean, obviously a man walking around with unbreakable skin probably falls in the latter category (as far as I know anyway), but that doesn't mean that Netflix's latest Marvel creation Luke Cage is completely seeped in the fantasy realm. There are some facets of truth hidden throughout the evolving storylines, including the history behind city councilwoman Mariah Dillard's New Harlem Renaissance project, the Crispus Attucks Housing Complex, as part of her hope to revitalize Harlem. But is the Crispus Attucks Complex a real place? The person after which it was named played a big part in American history.

As Luke explains at the end of Episode 2, Crispus Attucks was thought to be one of the nation's greatest heroes — "A free black man. The first man to die for what became America." He's referring to events that transpired back in 1770 when Attucks became the first casualty of the American Revolution after being shot and killed in what later became known as the Boston Massacre. Since then, many schools, parks, theaters, playgrounds, and community centers have been named in his honor. However, none of those various establishments are located in Harlem like the series suggests.

There is a Crispus Attucks playground that can be found on Classon Avenue in Brooklyn, but apart from that most of the other places and monuments are located in York, Pennsylvania. So the name itself is rooted in truth even if the building highlighted in Luke Cage is nonexistent. But that still doesn't make it any less important. In fact, it serves as a great platform to learn about a piece of history you've never heard about before now, which is something that showrunner Cheo Hodari Coker recently explained to TVGuide.com during an interview about the show:

"I wanted to talk about the first person to die for a revolution and what that meant, and what he sacrificed. When you look at what happened, [Attucks] could have very easily 'laid in the cut,' as Luke says. He stepped up. We used Crispus Attucks for that because half of these kids haven't even heard of Crispus Attucks. It's really the power of music, and of entertainment, of film and television. You get to tell stories and history that people have not really thought about in a long time."

And now it looks like Luke is finally ready to take a page out of Attucks' book and stand up for what he believes is right instead of turning a blind eye. Attucks may not have had bulletproof skin, but his courage was unbreakable and that's definitely an admirable trait in my book.