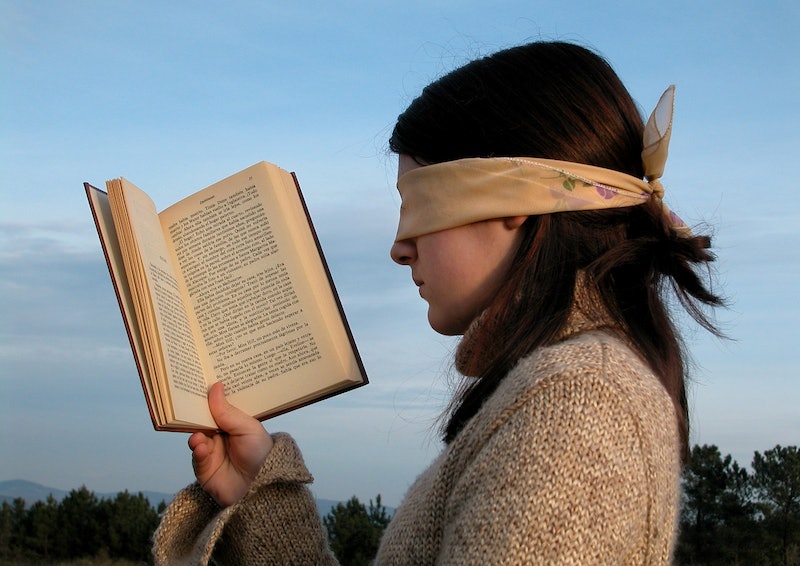 This Sunday, The New York Review of Books published an article claiming to reveal the identity of Elena Ferrante based primarily on an investigation in which the reporter, Claudio Gatti, tracked down financial records from her publisher. The Italian author has published nine novels, has been nominated for The Man Booker Prize, and was named one of Time's most influential people — all while keeping their identity and true name a secret.

In the article, Claudio Gatti revealed the name and occupation of the writer he believes to be Ferrante. In doing so, he also speculated about that person's financial status. The article also included a statement from Ferrante's publisher, in which they reiterated their refusal to reveal any information about the author's identity. The release of this information is extremely troubling, as it is a violation of Ferrante's privacy and long-stated intentions as an author. We don't know if Gatti is correct about who Elena Ferrante truly is; but we do know that he went to extreme lengths in his quest to figure it out.

Ferrante's decision to write under a pen name was an intentional one, and in interviews she said she believes a novel's worth should stand separate from the author's identity. They told The Paris Review that they, "came to feel hostility toward the media, which doesn’t pay attention to books themselves and values a work according to the author’s reputation. ...The demand for self-promotion diminishes the actual work of art, whatever that art may be."

However, Gatti placed his own curiosity over Ferrante's artistic and personal wishes, violating her desire for privacy without seeming to consider the consequences or possible undisclosed reasons for her secrecy. In revealing her identity, Gatti took control of Ferrante's art and her image, stripping her of her agency in a way that feels intrusive, exploitive, and just plain dirty.

In revealing her identity, Gatti took control of Ferrante's art and her image, stripping her of her agency in a way that feels intrusive, exploitive, and just plain dirty.

It's a move that reeks of entitlement. It's easy to look at this situation (a man stramrolling over a woman) and feel a sense of underlying sexism. The same feeling you get when Donald Trump interrupts Hillary Clinton or when the guy in the laundromat mansplains to you how to turn on a dryer. There is a long history of women's work and art being undermined by their female identity. Would Ferrante's identity be so important to know if she were a male writer, rather than a female writer depicting female experiences? My guess is probably not, as male creators have traditionally been given more authority over their work than their non-male counterparts.

Let's also unpack how one's identity might influence the response of readers and publishers worldwide. (Which is, indeed, the concern that led Ferrante to keep her identity a secret.) The publishing world is notoriously lacking in diversity. At the very least, let's consider all the women authors who have chosen to write under male names or initials, because of the increased attention and care given to male authors. (J.K. Rowling, for instance, has previously stated that her publishers decided to use her initials because they didn't think young boys would want to read a book written by a woman.) But additionally, let's think of all the barriers in place for people of color, LGBTQ people, and other marginalized groups. It is entirely warranted to be concerned about how your identity might influence the perception of your work.

It is entirely warranted to be concerned about how your identity might influence the perception of your work.

The doxing also leads me to ask questions about how knowing Ferrante's identity might influence the people who read her work. Identity comes with a lot of baggage and bias, and by writing under a pseudonym, Ferrante was able to separate herself from that.

But beyond that, to reveal Ferrante's identity is to put all authors who write under pen names at risk. A pen name grants an author a safe haven, an ability to freely express themselves without fear of persecution, stigma, or worse. Being a writer can be dangerous. Just think about the infamous fatwa on Salman Rushdie, or take a look at the efforts of PEN America to protect writers from assault and release writers from prison. Of course, I'd love to live in a world where these biases didn't exist — a world where people didn't have to use pen names to feel safe. But we don't live in that world. And if someone wants to write using the safety of a pen name, then I'd like to believe that they have the right to do so, without being publicly revealed against their wishes.

But beyond that, to reveal Ferrante's identity is to put all authors who write under pen names at risk. A pen name grants an author a safe haven, an ability to freely express themselves without fear of persecution, stigma, or worse.

When reading the news of Ferrante's identity, I immediately thought of an episode of 30 Rock. In the episode, Liz outs the secret identity of one of her writers, only to find out that the writer in question took on that persona in order to write while remaining safe from an abusive boyfriend. I know this is an example from a comedy TV show, but there are millions of survivors of violence and sexual violence whose ability to tell their stories is dependent on their ability to remain anonymous. If we deny the safety of anonymity to these people, we are preventing their stories from being told. We're denying them their right and ability to create in the face of whatever adversity they've experienced.

In this case, Gatti went blindly forward with his investigation, either making a dangerous assumption that Ferrante was in a position of safety — or not caring if she wasn't.

Not to mention, we're living in a world where simple knowledge of one's identity can put a person immediately at extreme risk. Take #GamerGate, in which women's addresses, social security numbers, and more were published online alongside death threats. Perhaps Gatti did not go so far as to publish Ferrante's address, but by revealing her name to the public, he has certainly increased the risk for her to be targeted.

And even if a tangible danger is not present in one's decision to write under a pseudonym, the decision for an author to write outside of the public eye makes a huge impact on their comfort and freedom. Think, for instance, of the incredible amount of pressure/harassment currently being directed towards George R.R. Martin as his own fans demand the conclusion of the A Song of Ice and Fire series.

Gatti seemed to suggest that actions of Ferrante herself warranted the doxing, writing in the article:

But by announcing that she would lie on occasion, Ferrante has in a way relinquished her right to disappear behind her books and let them live and grow while their author remained unknown.

The logic of this is inherently flawed, and it looks as if Gatti is scrambling for justification to out Ferrante without her consent. Gatti also concluded the article by saying that Ferrante's success made her identity fair game:

In an age in which fame and celebrity are desperately sought after, the person behind Ferrante apparently didn’t want to be known. But her books’ sensational success made the search for her identity virtually inevitable.

Gatti seems to be saying that Ferrante's success made her desire for privacy irrelevant. As if success is something that Ferrante should be punished for, that by being well-loved she has somehow given up her right to remain anonymous. But is that really how we want things to work?

He later doubled-down on this sentiment while defending the article to the BBC, saying, "In a way I think readers have the right to know something about the person who created the work... I did it because she was very much a public figure."

But, readers don't have a right to know. There is no danger to us in not knowing who an author is, provided the author is not doing harm to another person or group of people through their writing. In fact, most readers were extremely happy not knowing. I know I loved the mystery of it all. For me, it made the books seem more intimate, more sacred. The books stand strong without knowing who Ferrante is, and revealing her identity does nothing to make them better.

Besides, if writing outside of the public eye gave Ferrante the space she needed to create such wonderful work, why put that in jeopardy?

In an ironic twist, the article came out at the end of Banned Books Week, a week dedicated to celebrating and promoting freedom of expression. But if we want to ensure free speech, if we want to have good art in this world, it is imperative that we treat artists with respect. Gatti's actions were a dangerous insult to Ferrante, to her readers, and to writers everywhere.