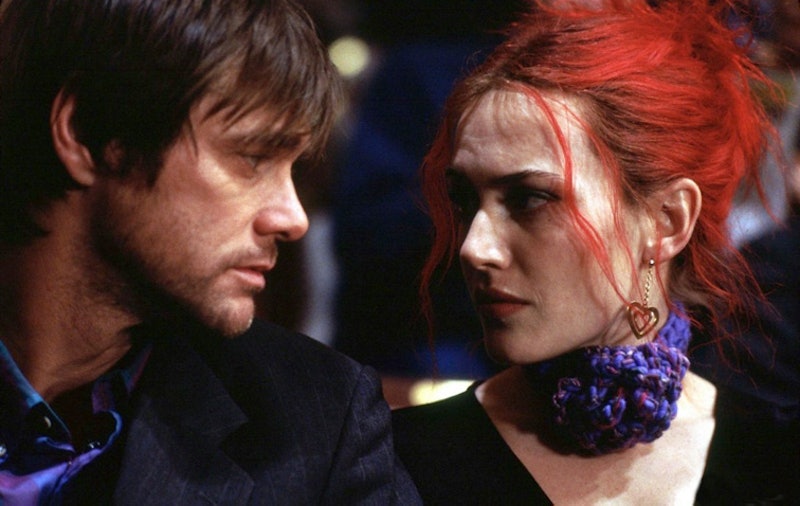 While time may really be the only thing that can help you truly move on from a bad breakup, there are a lot of cathartic distractions that can ease your pain as you mourn the loss of a relationship. And thank the universe that Netflix exists, because we have the ability to stream a coping mechanism onto our tear-stained laptops. So what are the best things to watch on Netflix to help you get over a breakup?

Whether it is a feature film or series, Netflix offers a lot of gems that will remind you that breakups are an inevitable part of life. Some of the media included on this list will help you laugh for, possibly, the first time in a long while. Some will help you finally have that ugly cry sesh that you had been burying deep inside of yourself. These characters go on emotional journeys that depict the personal growth and freedom that can follow a breakup. Other characters demonstrate that not all relationships are good ones — and if you just got out of a toxic relationship, then you should celebrate.

“The key to self-compassion after a breakup is to allow yourself to spend time being quiet so that you can tune into all of the gifts that you gained from that relationship,” spiritual author and guide Heather Kristian Strang tells Bustle. “So often, we will immediately launch into self-blame or blaming the other—but what will really bring us peace and harmony is taking time to truly reflect on all that we've learned from the relationship and how we've grown. And then we must take these reflections into the new chapter of our life.”

Movies, television, and pop culture help us understand our own situations by letting us observe somebody going through the same thing. Log into Netflix and let these fictional people remind you that you will get over your heartbreak eventually — and be better for it.

Some may consider this early aughts film, starring Jim Carrey and Kate Winslet as doomed lovers, to be the ~quintessential~ breakup movie. A deeply moving script and surreal visuals help tell the story of exes who have willingly undergone a psychological procedure to remove all memories of the person who broke their heart. Each character is then confronted with the reality that losing memories is way more painful than a relationship ending — except the procedure is already underway.

Watching this film can help you understand that memories shared by you and your ex-partner are rare treasures — reminiscing hurts now, but having no memories at all hurts more.

This deeply beloved TV show, set in a Michigan high school in the early '80s, tragically only lasted for one season — but managed to honestly and profoundly convey numerous breakups in its mere 18 episodes. From depictions of toxic relationships (Kim and Daniel), to the confusion felt during one's first real, potentially one-sided love (Lindsay and Nick), to the realization that the crush you put on a pedestal is actually beneath you (Sam and Cindy Sanders), to the social pressures that can break a relationship (Ken and Amy, aka Tuba Girl) — the stories are relatable and cathartic.

Watching these episodes may initially upset you — until you realize that each character grows and learns from these broken relationships. It's a reminder that you will grow from this, too. And while the story is set in a high school, the pain felt by the characters is timeless.

Never forget that Elle Woods' journey to Harvard Law and her ultimate career success begins when that jerk, Warner, dumps her at a fancy dinner that she expected to be part of a marriage proposal. Not only will Legally Blonde help you laugh for maybe the first time in a minute — it will motivate you to move on and accomplish more than you ever imagined you could when you were still with your ex.

Oh, Heathers. The most perfectly Winona Ryder movie of the '80s decade, one of the grandest dark comedies in existence. When you aren't finding major fashion inspo in the film — which is its own kind of therapy — you'll be rooting for Veronica and the clever badassery she employs to escape a deranged, abusive boyfriend.

This 1970s movie is perfect for helping you visualize the exciting adventures and sexual liberation that await you after a relationship's end. The film, starring Jill Clayburgh — who received an Oscar nomination — was considered quite controversial at the time because of its honest, raw, and empowering depiction of an older woman who takes charge of her life and sexuality after her husband leaves her for a younger woman.

After a breakup, one of the most difficult adjustments you'll experience is sudden loneliness. You no longer always have someone by your side; there is no one to text on a daily basis. But when you watch Amelie, you'll remember the magic of solitude. You'll rejoice in the fact that being alone isn't synonymous with loneliness.

This newly released Netflix series is excellent for binge-watching, and will help you begin a cathartic cry sesh. Set in Los Angeles, a chance meeting between two insecure 30-somethings leads to a dysfunctional and undefined short-termed "thing" that will feel all-too-relatable in our era of confusing FWBs and casual hookups.

This critically-acclaimed film (for which J. Law won an Oscar) depicts two people — struggling with mental health issues and mourning broken relationships ended by different kinds of tragic events — who eventually find a renewed sense of hope in each other. Watch this movie to remind yourself that extremely painful endings can, one day, give birth to something new again.

Frances Ha is not about a breakup between lovers — but a breakup between two best friends. When Frances' BFF moves away and their friendship fizzles, our protagonist must face her emotional immaturity head on. She learns how to grow beyond her co-dependent habits.

And after your breakup, you'll learn how to be the best version of your independent self, too.

More like this
The 19 Best Tweets & Memes About Bisexual Awareness Week
By Lexi Inks
Are Quality Time & Gift-Receiving Love Languages Compatible?
By Lexi Inks
The Differences Between Polyamory & Open Relationships
By Lexi Inks
30 Clever Ways To Slide Into Your Crush's DMs
By Griffin Wynne, Carolyn Steber and Lexi Inks
Get Even More From Bustle — Sign Up For The Newsletter