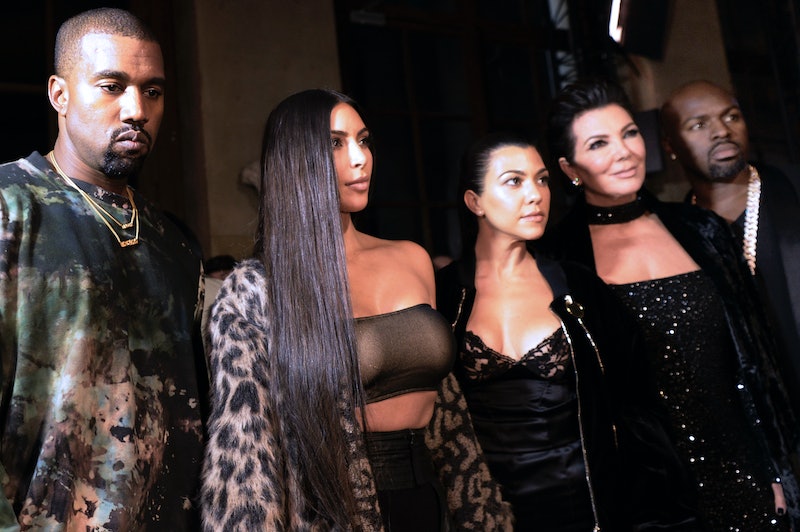 Late Sunday night in Paris, France, Kim Kardashian was held at gunpoint inside of her hotel room, her spokesperson has confirmed. Kardashian was in Paris for fashion week and, according to CNN, had recently returned to her room after a Givenchy show starring sister Kendall Jenner had come to a close. Kardashian's spokesperson Ina Treciokas tells Bustle:

Fans learned of the incident quickly after Kanye West cut his set short at New York City's Meadows Festival due to a cited "family emergency." The festival released a statement shortly after West left the stage:

Due to a family emergency, Kanye West was forced to end his performance towards the end of his set. We appreciate the great show he put on for fans to close out the inaugural Meadows Festival. Our thoughts are with West and his family.

Kardashian's spokesperson told Buzzfeed that it has yet to be confirmed whether the two armed men had a motive to rob Kardashian or, in fact, stole anything from her. Regardless, material objects can be replaced and what matters most is that the situation didn't turn more violent.

Kardashian has become one of Paris fashion week's most high-profile guests. The 35-year-old reality TV star, for instance, told Snapchat subscribers that she wore zero makeup to one of the shows that week, and has debuted a number of daring, yet elegant styles that have impressed fans and fashion designers alike. With over 48 million Twitter followers, Kardashian's changing style never goes unnoticed. Moments prior to the incident, in fact, she had added a video of her in the Paris hotel room to Snapchat.

And, unfortunately, this isn't the first scare that has come along with fashion week. On Sept. 28, a man attempted to rush towards her after she left her car. Fortunately, Kardashian was not alone in Paris at the time of either incident. Instead, she was joined by members of her family including mom Kris Jenner and sisters Kendall Jenner and Kourtney Kardashian.