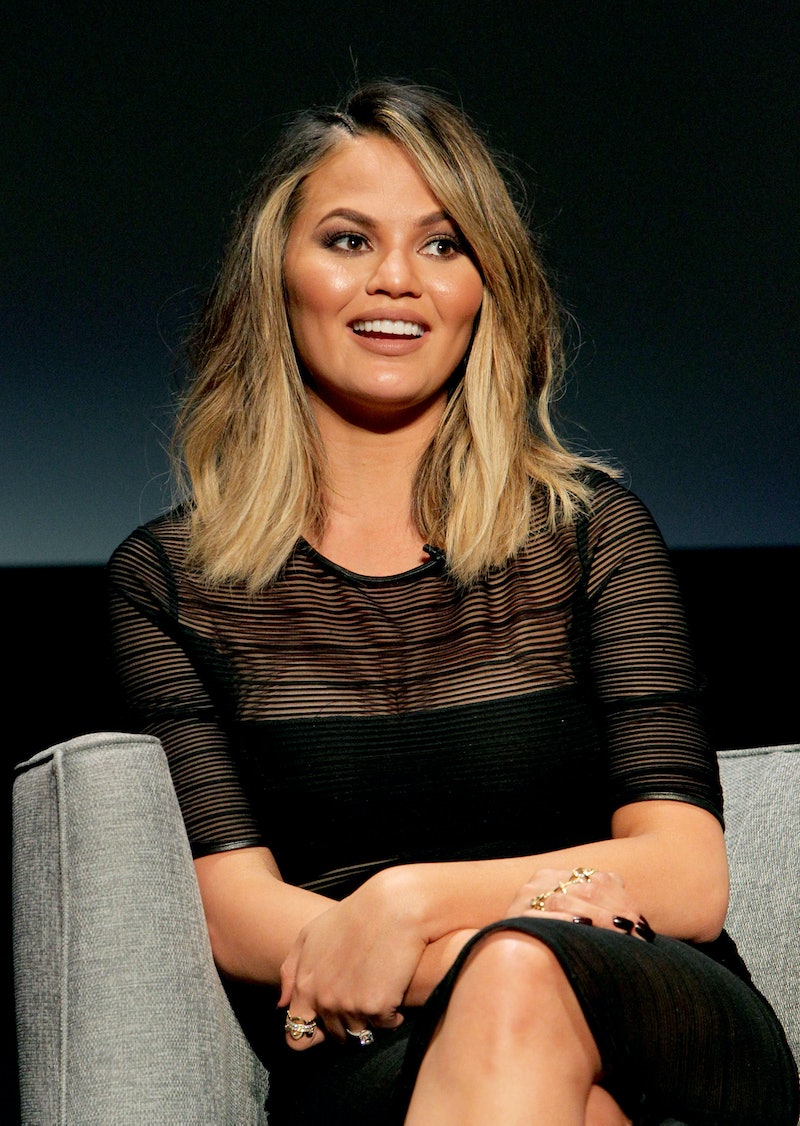 As soon as news hit the internet that Kim Kardashian was robbed at gunpoint on Sunday night in Paris, the trolls were out — with as many people making light of the situation as there were people genuinely concerned about the reality star. In a series of eye-opening tweets, Chrissy Teigen came to Kardashian's defense, making several valid points about what it is like to be famous at the height of internet culture, a place where denizens of the interwebz would "make a meme of our dead bodies to get retweets," as Teigen put it.

For Kardashian — held at gunpoint in her Paris hotel as masked intruders reportedly robbed her of cell phones and jewelry — the situation was undoubtedly traumatic and dangerous as hell, to say the absolute least. (Her spokesperson told Bustle in a statement: "Kim Kardashian West was held up at gunpoint inside her Paris hotel room this evening, by two armed masked men dressed as police officers. She is badly shaken but physically unharmed.") Perhaps unsurprisingly, Twitter users came out in droves to make fun of Kardashian and blame her for putting herself in this position by flaunting her wealth.

But Teigen was not having it:

At the heart of her message, Teigen is humanizing celebrities — people who are human beings, just like you and me, no matter what their tax bracket is or how much they are known by the general public. If the average social media user Snapchattin' away at a club and excitedly showing off her newest purchase, for example, doesn't deserve to be robbed, then why should Kardashian? Hint: She doesn't, and that's exactly the point.

Instead, let's focus on those who are more concerned with their own questionable content going viral: the internet trolls who don't see Kardashian as a person because she is famous and wealthy and instead view her as a hot commodity for the grotesque meme that they could create if she had been killed in the robbery. These are the people who should be called out for their stupidity, the ones who need to be sitting front row, glasses pushed up to the bridge of their noses, in the theoretical classroom of How To Be A Decent Human Being 101.

TBH, the internet is a breeding ground for some of the worst of humanity, but it doesn't have to be. What it is is a place for open discussion and open opinions, and Teigen is certainly doing her part to attempt to educate those on basic human decency. Listen up, trolls: The clickable meme that scores you your anonymous 15 seconds of internet fame says a whole lot more about you and your own dented moral compass than it does about the subject. If "think before you meme" isn't yet a thing, it needs to be. Have empathy. Have sympathy. BE A GOOD PERSON — perhaps the opposite of one who takes actual time out of their day to rob celebrities of humanity.

The internet: Where we need more words of wisdom from Chrissy Teigen and decidedly less trolls.