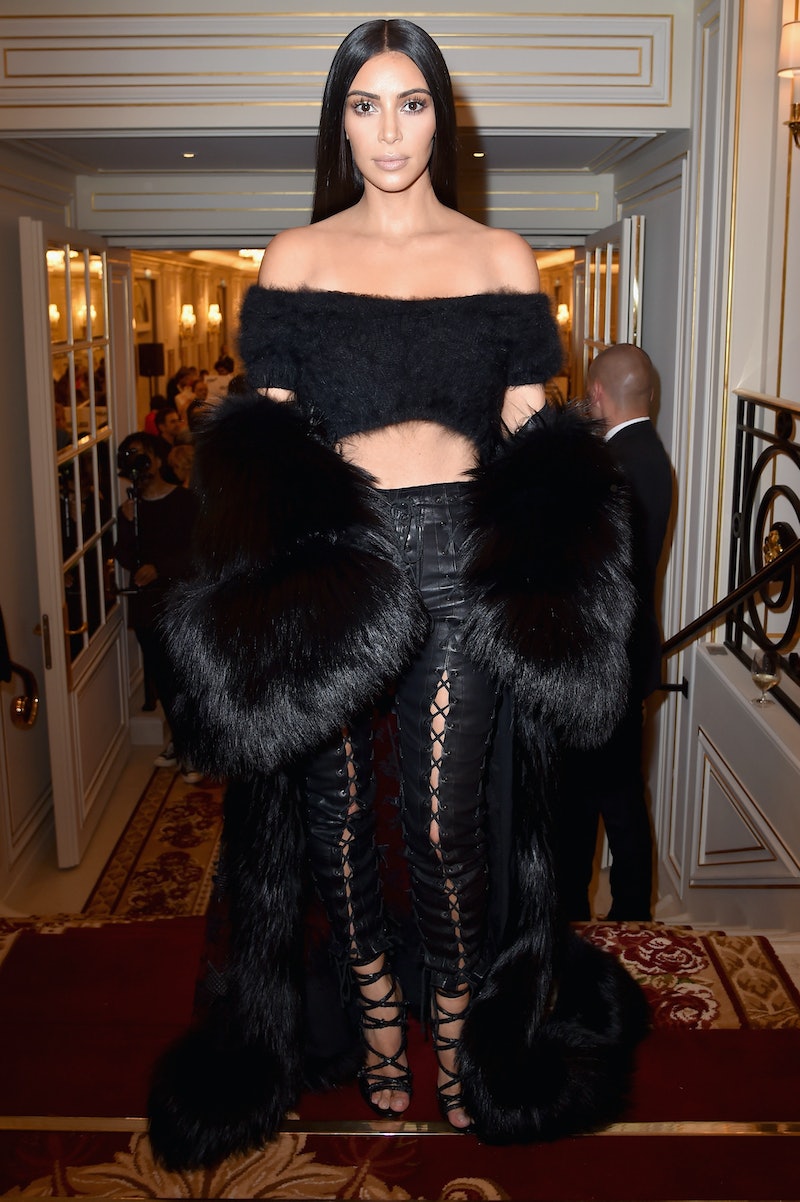 We woke up Monday morning to some incredibly scary news about one of the world's most visible celebrities and public figures. Kim Kardashian was robbed at gunpoint by masked men posing as police officers. The details are terrifying enough to make the baby fine hairs of your neck stand on end, as the reality star, 35, was reportedly tied up and locked in the bathroom of the Paris apartment she was renting, while the thieves made off with $10 million in jewelry. CNN reports that the robbers pointed a gun at Kardashian's head but did not fire their weapons.

Kardashian's rep confirmed that she is badly shaken, which is beyond understandable, given what she just experienced, but she is thankfully physically unharmed. As more details about Kardashian's harrowing situation come to light, one very big and important question remains: Have the Kim Kardashian robbers been caught yet?

As of press time, the thieves, who also stole two cells phones, have yet to be apprehended. NPR reports that the robbers made their escape on bicycles. The five thieves allegedly threatened the concierge of the luxury mansion in which Kardashian's rental apartment is located. That's how they gained access to Kardashian's private room and proceeded to rob her.

The BBC also reports that several high-end jewelry stores in Paris have fallen victim to theft. Whether or not these incidences are related will become known as the authorities further investigate the matter.

Kardashian has reportedly left Paris after speaking to police.

Hopefully, reuniting with husband Kanye West and the rest of her family can help her relax and find some peace after enduring such a traumatic situation.