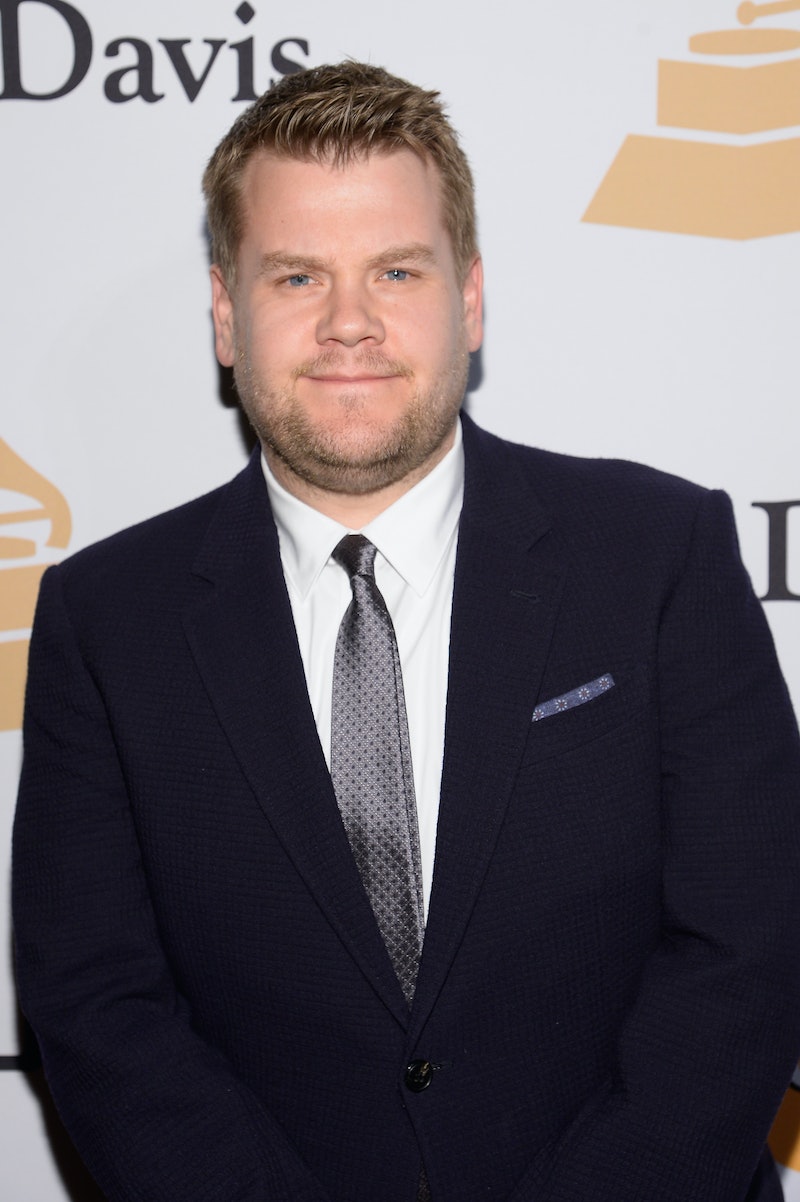 After what can only be described as something straight out of a horror movie, it's disappointing to see so many people being unsupportive of Kim Kardashian after she was robbed at gunpoint Sunday in Paris, France. Thankfully, there are many individuals coming to her defense, including James Corden, who supported Kim Kardashian on Twitter Sunday. He tweeted, "People making jokes about @KimKardashian tonight would do well to remember that she's a mother,a daughter,a wife,a friend. Be nice or shut up."

In case you missed it, Kardashian was held at gunpoint in her Paris hotel room by men pretending to be police officers. According to the Associated Press, the thieves took more than $10 million worth of jewelry. People also reports that two cellphones and Kardashian's purse were stolen. As of Monday, the Keeping Up With the Kardashians star is back in New York City, where she reunited with her husband, Kanye West. Post-robbery, the 35-year-old reality star's rep released a statement to Bustle, saying, "Kim Kardashian West was held up at gunpoint inside her Paris hotel room this evening, by two armed masked men dressed as police officers. She is badly shaken but physically unharmed."

Again, after what has to be a terrifying event, it's sad to see jokes being made about Kardashian. Just like Kardashian's close friend Chrissy Teigen, The Late Late Show with James Corden host came to her defense, all while making an extremely important point with his tweet. Basically, he proves why Kardashian being robbed is not a joking matter and nothing anyone should laugh about. This is serious and it's real life.

It's unfortunate that in this day and age anyone has to stand up for someone who has just experienced something as horrific as what Kardashian went through. Regardless of how you may feel about her and whether or not you consider yourself a fan, Kardashian being robbed at gunpoint and having her life threatened isn't funny. Also, the fact that people are blaming the 35-year-old for the incident is beyond disgusting and absolutely uncalled for. Shouldn't uplifting someone during a difficult time be human nature? Sadly, that doesn't seem to be the case here.

I'm glad to see Corden is coming to Kardashian's defense, because she deserves support right now, not hate. As he points out, she is so much more than a reality star and a famous celebrity; Kardashian is a wife, a mother, a sister, a friend, and a human being. During a time of need, it's important to remember to send love someone's way. There's too much negativity in this world as it is. Rather than participating in that kind of activity, just don't.

No one needs to be slammed when they are already feeling down, including Kardashian. So next time you want to make a joke about her ordeal — or anything similar — refer yourself to Corden's tweet.