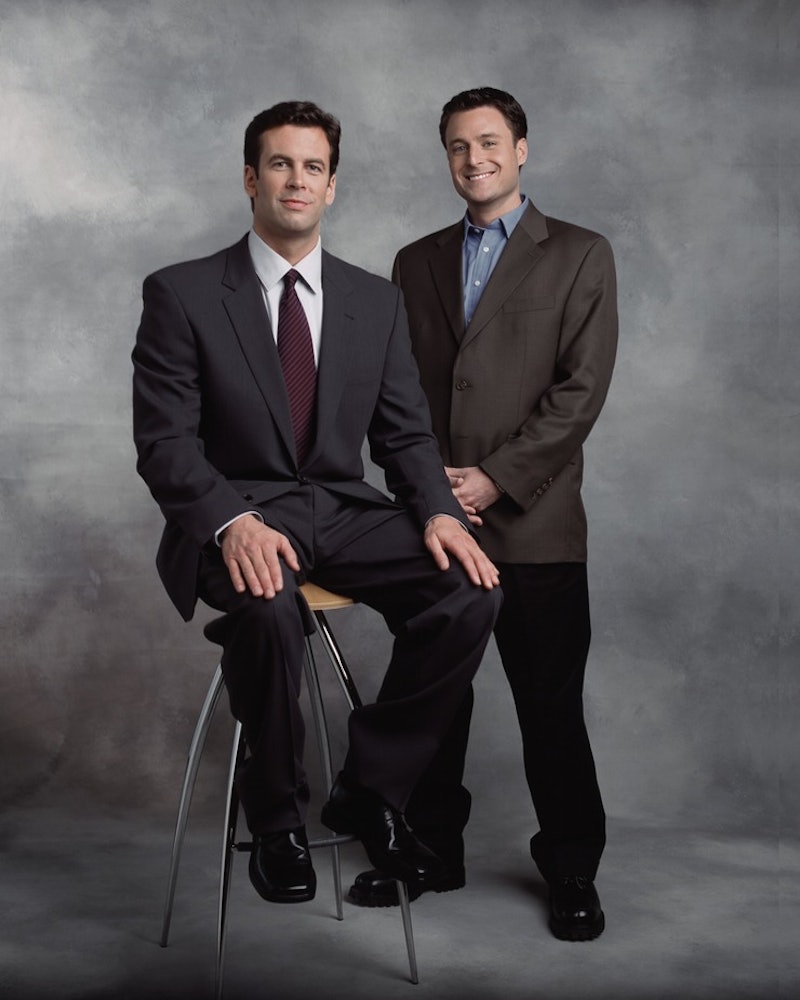 A lot has changed since fans were first introduced to the idea of televised group dating and hometown visits. After all, this all began 14 years ago way back in 2002. We all just barely survived Y2K and suddenly we had this whole new world of reality dating to worry about. The Bachelor formula has stayed pretty consistent over these years, but there are some seriously delightful differences to look out for now that you can stream the OG shenanigans for free. So, find your most extreme formal wear and buckle down for some Season 1 nostalgia. Here are some of the things that make the first season of The Bachelorette and The Bachelor so amazing to watch.

1. Chris Harrison Is A Newborn

Look at that handsome young man! It's fun to see him right when the whole Bachelor phenomenon began, before it completely overtook every part of his life. He was just a crazy kid looking to make two hot people fall in love. Not much has changed there, eh?

No, not the delicate cheese platters that never get eaten. I'm talking about the insanely cheesy instrumental theme song and Chris Harrison's introduction of Bachelor Alex Michel. It's all so wonderful, and it's all so perfectly 2002. It's like the entire season has a fine layer of cheddar flaked upon it.

The mansion is something to be seen. It's deliciously tacky. There are so many fabrics. So. Many. Fabrics.

The lack of tailoring in the men's suits is really upsetting actually. Thank goodness that has evolved.

We didn't have to worry about these people shilling us random products on Instagram after the show wrapped because that didn't exist. They just floated off into obscurity for the most part. What a weird concept now, huh?

This is reason enough to stream the first season. Those roses were definitely not pruned to perfection like they are now.

Did they just purchase some picture frames from a flea market and have him stare longingly at photos of his potential mates? Pretty much.

8. The First Ever Women Tell All

Watch them work out all the kinks of everyone's favorite special show. It's pretty amazing, especially when you take a look at the awesome early '00s fashion that is happening. Some of them are even wearing jeans!

Basically, the nostalgia will blow your mind. Go check out the first season of The Bachelor/Bachelorette on the ABC website now.