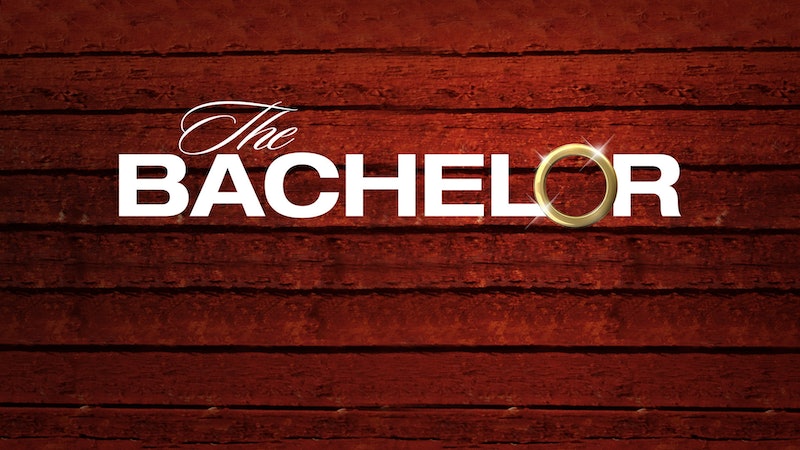 The Bachelor is one of the longest running reality shows, already on its 19th season. As with any program it has undergone a lot of changes in its 13 years on the air. Although the premise has always been the same: A desirable single man woos a potential wife with expensive dates and long-stemmed roses, it's had several makeovers since the first season. In fact Season 1 of The Bachelor was a lot different than the show we know today.

ABC's popular reality love show debuted back in 2002, before the age of the Internet clouded with Reality Steve Bachelor spoilers and bloggers discussing the women on the show. But, even without Twitter to chronicle the hilarious drama, the show was an immediate hit. It's since resulted in 19 seasons of The Bachelor and 10 seasons of the spinoff, The Bachelorette. It's led to five weddings and a whole Bachelor family of former contestants.

But let's take a look back at a simpler time, when no one had heard of the show and it was just getting its start. Alex Michel was the first ever Bachelor. Although he didn't end up marrying his finale pick Amanda Marsh, he had a great time on the show and seems to be doing pretty well today. For a while, he was a spokesman for Match.com and Princess Cruises, and is now a media executive in New York City.

He stays out of the limelight these days, and even host Chris Harrison has lost touch with him. But his season was full of drama, as all Bachelor seasons are, and things were a lot different before ABC settled onto the format we're so familiar with these days. Back in 2002, here's what The Bachelor looked like and how it differed from today.

They Were Just Looking for a Businessman

No farmers here! Michel said Season 1 was basically "business equals eligible." In a rare interview with Obsessed TV, Michel said he applied to be the Bachelor after receiving an email from a friend at the Harvard Business School, where ABC casting directors were prowling.

It Was More About How the Women Felt About Him

It wasn't a given back in Season 1 that of course the women would like the Bachelor. Instead, Michel told Obsessed TV that he spent a lot of the season trying to win the women over, and he couldn't always figure out if they liked him back as much as he liked them.

There Was No Bachelor Nation To Fall Back On

After the show wrapped, Michel said to Obsessed TV that he actually got a lot closer with his pick Amanda Marsh simply because they were the only two people who really knew what it was like to go through that. These, days the women and men on the show have a rich support system and lots of people to go to for advice, but that Nation didn't exist back then.

The Journey to Love Was a Lot Shorter

The first season of The Bachelor gave contestants just six episodes, or about seven real-life weeks, to get to know each other. These days it stretches to about ten weeks.

There Was No Bachelorette Prize

There were no plans for a Bachelorette spin-off back in 2002. So the women who came on were only there to find love, without the option of getting their own show. Of course, runner-up Trista Rehn Sutter was so beloved that she eventually did come back as the first Bachelorette in 2003, thus starting the trend of picking an eliminated contestant for the next season.

During the first episode, the 25 women were narrowed to just 15, which were narrowed to eight in the next episode, then four, then three, then two, and then the winner was chosen. It was a rapid-fire season with women leaving left and right. Imagine if today's bachelor had to send home seven or ten at a time!

Like this year's contestant Britt Nilsson said, it's a big deal for someone to meet her family. The women on the show take it very seriously, which is why only the final four get the special honor of bringing the Bachelor home with them. But during Season 1, the final four came during episode four, which meant the women really only knew Michel for about four weeks by that point. That's pretty soon to bring home a suitor, so it's not surprising that now hometown dates happen about eight weeks in. That way, the women have plenty of time to get comfortable with the Bachelor.

Although Chris Soules' season has been an exception, usually Bachelor and Bachelorette seasons are filled with lavish dates and trips around the world. Not so for Season 1, which featured regular dates like ice skating in New York or chilling in Lake Tahoe. Still cool, but not the same as rappelling of a building in Los Angeles or eating dinner in some ancient Parisian cavern.

The Season 1 approach to overnight dates was incredibly interesting. Each one was held in a different state, which really helped to make them distinct. Flying Michel to different locations probably helped him keep the women and the experiences separate, and it also allowed each contestant to have their own unique experience with him.

The Finale Just Took Place In His Hometown

Sure a tropical vacation is more fun for the proposal, but seeing where your potential husband lives is kind of more important for your future in case he wants to stay there.

There Was No Proposal

Interestingly enough, the first season of the reality love show didn't end in a proposal. I don't blame Michel for choosing to ask Amanda Marsh to be his girlfriend rather than his fiancee since they hadn't known each other that long. However, it might surprise some that the show now known for its dramatic proposal finales didn't actually start out that way.

There Was an Element of Surprise

Nowadays women know the drill: there's a group date rose, two-on-one dates, fantasy suite keys, etc. There's not a lot of surprises left for the women or the viewers when it comes to the actual format of the show. But, back in Season 1, Michel told Obsessed TV that getting that fantasy suite key was a surprise. And finding out that you'd be taking Michel home to your family came out of nowhere. In Season 1, everything was new and shocking.

The Cast Was More Regular-Sized

On Chris Soules' season we had Bo, a plus-sized model, among the other, generally slender women. But during Michel's season, the women were mostly average Americans, and winner Amanda Marsh was described as full-figured.

Not everything has changed since the first season of The Bachelor. The plot is roughly the same: it's all about finding love on TV. However, it's fun to take a peek back at the first season and remember how the whole show started out with just a nervous businessman trying to find lasting love in six short episodes, hoping the women would like him back. At its core, The Bachelor is still the same romantic journey to love, and 13 years later fans still can't get enough.