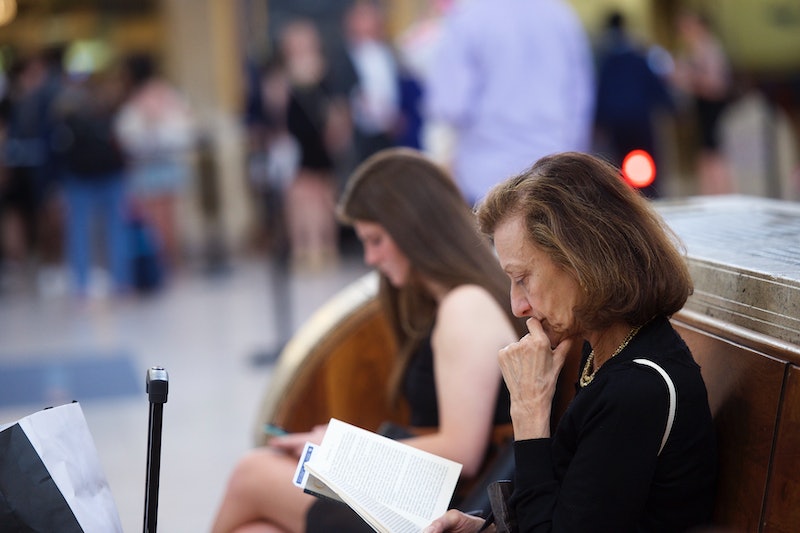 It's been a big week for Elena Ferrante news, though that unfortunately doesn't mean that the elusive Italian writer published any new books. Not only was the pseudonymous author's real identity allegedly discovered, but it was just announced that Ferrante's Neapolitan Novels will be a stage play. It was revealed on Monday that London's Rose Theater Kingston will be producing a a stage adaptation of Ferrante's four-book series which, for those who haven't yet read them, depict a friendship between two women over the course many years. The series, which is translated from the Italian by Ann Goldstein, has been heavily awarded and read since the first book was published in 2012, so the news of a play is very, very cool.

The play will be called My Brilliant Friend, which is the title of the first Neapolitan novel, though the script will encompass the entirety of the series. Sicilian dramatist April de Angelis will adapt the books into a two-part play, and Melly Still is set to direct it. Each part will be two and a half hours long, with the option available to see both parts in the same day with a two hour break. The play will debut on Feb. 25, and tickets are already available to purchase here. There hasn't been any information regarding Ferrante's involvement in the play just yet, but the creators presumably had to have her blessing in order proceed forward with the adaptation.

The synopsis of the play suggests that it will stay close to the plot of the books, which follow the two brilliant friends Elena and the Lila as they grow up together and drift apart in 1950s Naples. "A powerful story of love, violence, sex, ambition, genius and self-destruction," the play's synopsis reads, "the two-part play is an exploration not just of female friendship and rivalry, but of Italy after the war and the decades of political turmoil and cultural change that followed."

It is worth wondering if the announcement was purposefully timed for the day after Ferrante became the subject of a lot of media attention. It has long been known that Ferrante is a pseudonym under which five books in addition to the Neapolitan series have been published. The author's real identity has become one of the biggest literary mysteries of our time until Oct. 2, when Italian Journalist Claudio Gatti wrote a compelling case in the New York Review of Books for the woman he believes to be Ferrante. Some people have taken issue with the "reveal," however, seeing that Ferrante has made it clear she wants her identity private.

The exposure has caused a mostly unanimous backlash, with many criticizing the reveal as a violation of Ferrante's privacy. The author herself has spoken to The Paris Review about the importance of her pseudonym, explaining how it relates to public and private identity being a theme of her work — the second Neapolitan novel is even called The Story of a New Name.

Personally, I prefer to speculate about how the play will adapt Ferrante's books rather than about how the reveal of her identity will or will not change what she has written. Will the play see other iterations outside of London, in the US or in the series' native Italy? Will such intensely interior books translate well to the stage? Will Ferrante contribute to the play in any way? I, for one, am hoping for a Neapolitan miniseries one day, but only if it's written by Ferrante, whoever she may be.