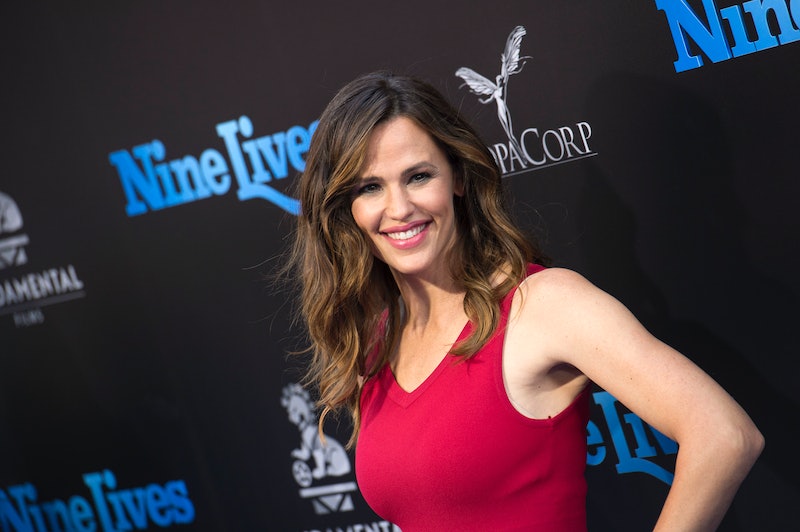 The paparazzi can be unyielding when dealing with celebrities, so it's nice to see Jennifer Garner taking the camera flashes and constant questions about personal issues in stride and joking around with the photographers. While walking to her car with a friend after a workout over the weekend, Garner joked that she was dating Brad Pitt as a means of getting the paparazzi off her tail. I got to say, I pity her for being followed by the paps like that, but I'm proud of her for being able to joke with them even though they've been hounding her ever since she separated from Ben Affleck in June 2015 (and way before then, let's be real).

As captured in video, Garner jokingly claimed, to the chuckles of everyone around her, "Brad Pitt and I are dating," The videographer asked (somewhat seriously), "You're dating Brad Pitt?" To which Garner simply laughed again, saying, "Yeah!" Of course, by then, it's clear that she's joking (although the idea of the two newly single actors dating isn't so crazy), but it's still fun to see her mess around with the idea and turn what must be an intensely annoying paparazzi question about her dating life — one she probably gets every time she steps outside — into something lighthearted and playful.

Despite any dreams fans might be harboring, Garner doesn't seem to be truthfully considering Pitt in a romantic way. In fact, in an interview with Vanity Fair in February 2016, Garner compared the public's obsession with her separation from Ben Affleck to the 2005 break-up of Pitt and Jennifer Aniston. Said Garner, "When Jen Aniston and Brad Pitt broke up, I was dying to see something that said they were getting back together.” It seems that the way Garner really views Pitt as an equal in that sense, just another major celebrity forced to deal with a private relationship in the public eye.

Besides, right now, it doesn't seem like Garner is looking to date anyone — not Pitt, and not Affleck. Though Garner and Affleck are reportedly "co-parenting," they are not back together, according to an E! interview with Affleck. Garner is simply living her life as a single woman and, as shown by the video, having a lot of fun with the relationship questions that come her way.