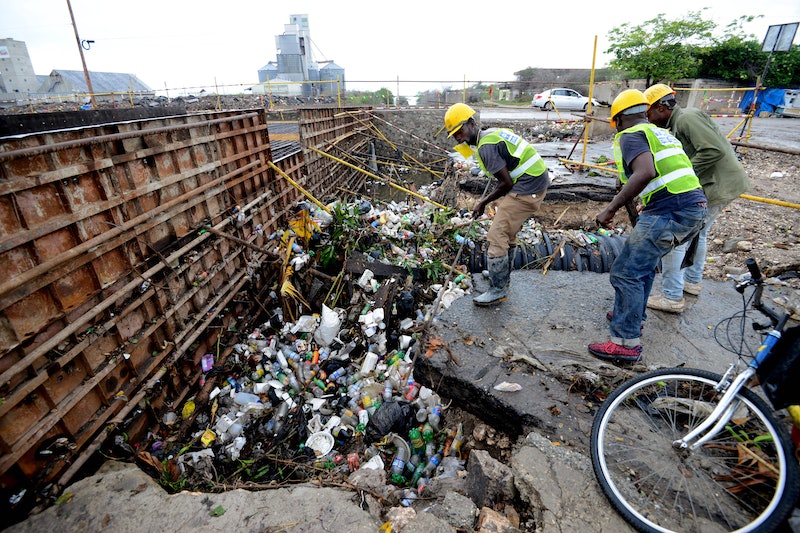 While you can never be too sure where exactly a storm will strike, forecasters have predicted that the most powerful hurricane in almost a decade, Hurricane Matthew, will likely hit Florida and the southeastern United States coast towards the end of the week. For now, according to Monday night's Hurricane Matthew forecast, the storm remains a category 4 hurricane and will almost inevitably hit Haiti by Tuesday. As the storm picked up pace, it also shifted its trajectory closer to Florida.

Florida's governor, Rick Scott, declared a state of emergency in all Florida counties on Monday, and North Carolina's governor Pat McCrory also declared a state of emergency in central and eastern parts of the state. Even if Matthew doesn't directly hit the eastern United States, huge waves will likely still affect parts of the East Coast, possibly up as far as Canada.

These waves, which could top 25 feet in height, will probably impact "the coastline from eastern Florida to North Carolina in the form of building surf and increasing rip currents," according to AccuWeather. Matthew is also projected to cause a large amount of beach erosion, as well as disrupt patterns of beach and boating use. Since the rip currents will assumably be deadly, and the conditions life-threatening, swimmers and surfers should not participate in their sports. The building height of the waves will also be dangerous for small crafts, cruise, fishing, and freight interests.

Hurricane expert Dan Kottlowski outlined several options for Matthew's upcoming path, pointing out that non-tropical weather systems will influence the hurricane's path into the next week, AccuWeather reported. Matthew could continue to advance northwest with the storm moving over land in North and South Carolina. The hurricane could also be propelled northward along the Atlantic Seaboard and end up moving further out to sea this weekend, Kottlowski said.

But even if Matthew does end up at sea, this could be temporary. The hurricane could still move back towards the Atlantic coast. In addition, coastal and inland flooding is a possibility if Matthew moves over land. There could also be "damaging winds near and east of the center of the storm initially," AccuWeather reported.

Matthew is currently impacting the Greater Antilles in the Caribbean Sea, according to the Weather Channel. If you are planning to travel to an area where Matthew could hit, plan to reschedule or cancel your trip. And if you are already in one of these areas, keep watching the news and make sure you are as prepared for this natural disaster as you can be.