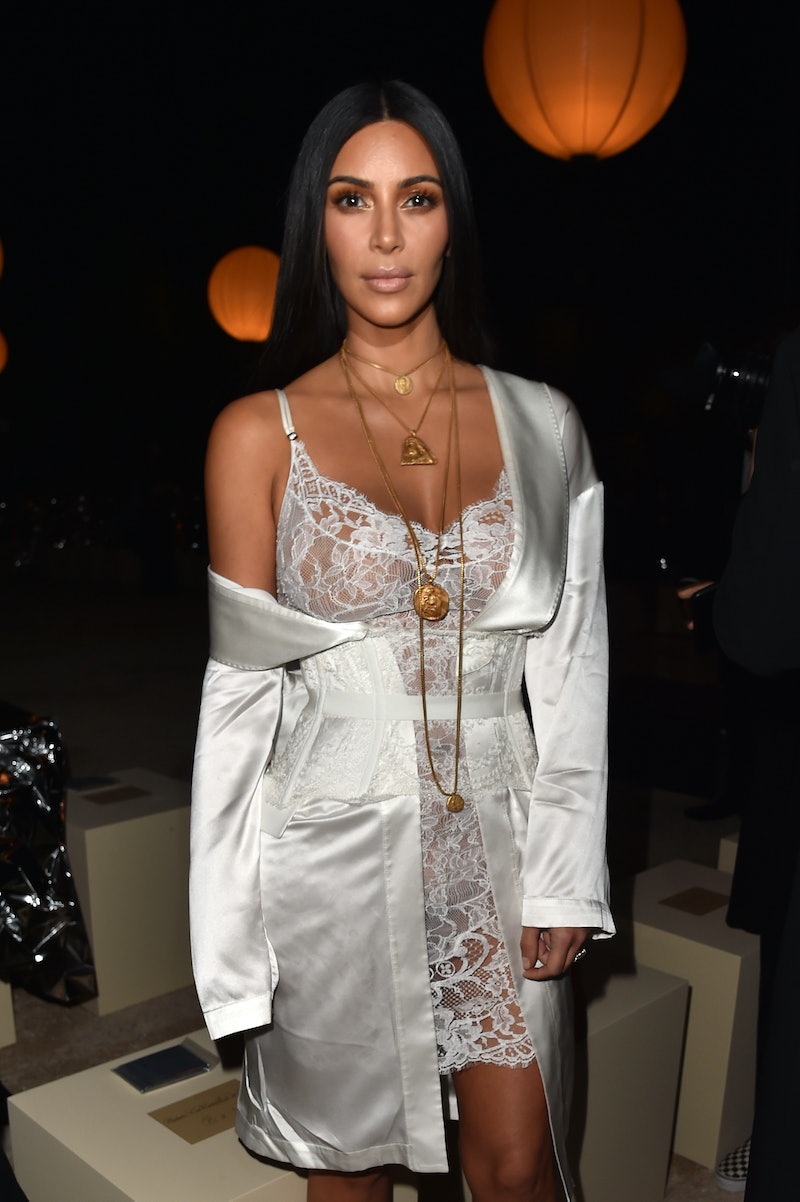 On Monday, horrifying news broke that Kim Kardashian was attacked and robbed in Paris, France while she was visiting for Fashion Week. And now, TMZ claims to have more details that might explain exactly how the incident was possible. A new report from TMZ claims Kardashian and the French police think the robbery was an inside job — and that it was very well planned out before it was executed. This could explain how the robbers were able to get inside her apartment without being thwarted by security. Kardashian's rep tells Bustle they have no comment on this story. Bustle has reached out to the Paris Police Prefecture for comment, which responded: "We are not able to respond to your request because a judicial inquiry is opened only the Paris Prosecutor's office which can communicate to the press and the public and to not interfere with ongoing investigations."

According to what sources close to the case tell TMZ, cops reportedly believe that Kardashian was being carefully watched so that someone could tip off her attackers when it was the right time to strike. Apparently, Kardashian was surrounded by people all night long — first her bodyguard, then her friends. When her security left to guard Kendall Jenner and Kourtney Kardashian when they went out to a nightclub, Kardashian was alone for a short amount of time, and that was when robbers broke into her apartment and were able to steal a reported $10 million-plus in jewelry and other belongings before getting away from the scene without being caught.

The TMZ report also adds that there is reportedly a long list of suspects when it comes to people who could have tipped off the robbers, and that cops are investigating the phone records of those who could have been involved.

Shortly after the incident on Monday, Kardashian's rep released the following statement to Bustle:

Hopefully, police are able to get down to the bottom of Kardashian's robbery quickly. This nightmare shouldn't be drawn out any longer than is absolutely necessary.