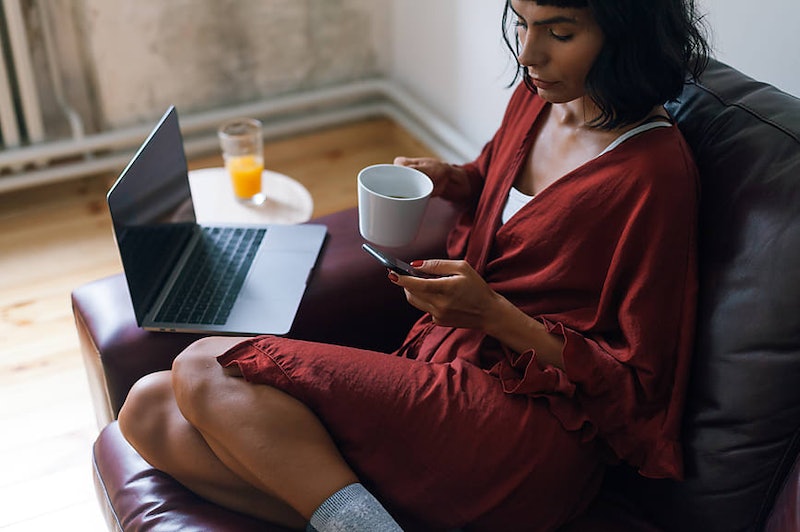 Apps like Tinder have made finding a date as simple as swiping right. If you want to skip the whole dating-shebang and skip right to the (literal) baby making, there’s now an app for that, too. A UK company created a sperm donor app that is basically Tinder for sperm. And, well, why not? We use apps for everything else — it only makes sense that reproduction and fertility would hop on that train, too.

The London Sperm Bank recently released a mobile app (appropriately called “London Sperm Bank Donors”) that lets users browse through thousands of sperm donor profiles in the UK. Each searchable profile comes complete with a list of physical features, including race, height, weight, and hair and eye color, as well as other qualities like the donor’s education level, occupation, nationality, and religion. Users can set also set up a “wish list” of desired qualities, and the app will send them notifications when potential candidates matching their criteria get added to the database. If a user decides to actually move forward with a donor, she’ll pay 950 pounds (about $1200 USD) through the app, and the London Sperm Bank will send the sample to her fertility clinic.

The donor profiles are anonymous and do not feature photos of the donors, but each one does include a personality summary titled “Our Impression.” It’s here that the app most resembles an old-school matchmaking service. One profile describes a dark-haired, pagan jeweler with brown eyes as “a very calm and spiritual person. He feels passionately about the environment and loves spending time exploring on his bike and connecting with the natural world.” Another profile of a dark-haired Asian man with a doctorate in chemical engineering says he has an “impressively toned physique” and “noticeably striking hazel eyes that looked as though they’d seen many adventures.” So, basically he’s a hero of a romance novel.

Not everyone approves of the idea of choosing a sperm donor with a smartphone app. “How much further can we go in the trivialization of parenthood?” Josephine Quintavalle, cofounder of Comment on Reproductive Ethics, asked The Times. “This is reproduction via the mobile phone. It’s digital dads. Choose Daddy. This is the ultimate denigration of fatherhood.” In a press statement, the London Sperm Bank said, “Ordering sperm from an online catalogue or an app does not trivialize treatment, and every step meets the requirements of the HFEA [the Human Fertilisation and Embryology Authority, an agency that regulates fertility clinics in the UK].”

Honestly, I don’t see how getting a sperm donor through an app is measurably different from getting one via a more traditional route, like a catalogue or clinic. And this type of app might allow would-be parents to have more flexibility and options as they make an important, personal decision.

If you're interested in browsing for UK baby daddies, you can find the London Sperm Bank Donors app in the App Store.