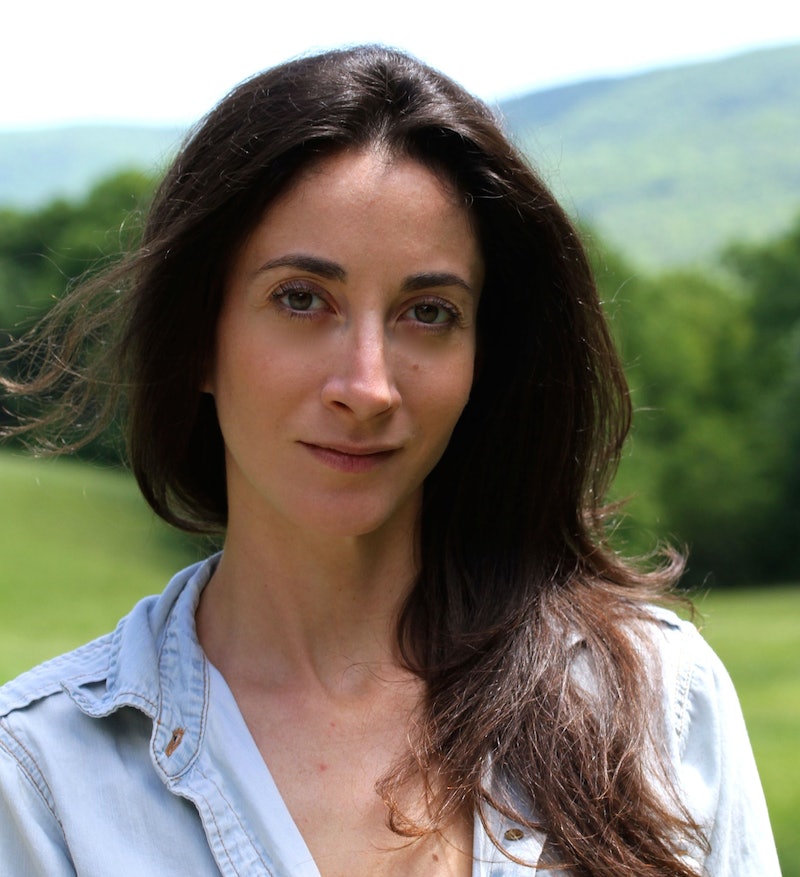 Lauren Oliver's new novel, Replica , is nothing like you've seen before: It's a flip book. It's two novels-in-one. It's one story told by two different girls on two different journeys. It can be read four different ways and each method will give you a different reading experience.

So what's it about, anyway?

Replica is a sci-fi story about — well, replicas. Lyra, or 24 as she's known at the Haven Institute, is a clone. She and a fellow subject known as 72 manage to escape the institute, emerging into a world they know nothing about and desperate to find out the secrets of their identity. Along the way, they meet Gemma, a girl who has left her safe and secure home in order to discover why her father is inextricably linked to Haven. On their separate journeys, the two girls unearth some shocking secrets about the institute and its role in the future of mankind. The mystery Lyra, Gemma, and the Haven Institute will continue in book two, Helix, which is due to be released in 2017.

Writing two-novels-in-one is certainly no easy feat. In a conversation with Bustle, Lauren Oliver shared five facts about Replica. Here's what we learned:

1. She Waited For The Right Story To Test The "Flip Book" Idea

Lauren Oliver tells Bustle that she contemplated writing two separate novels in one volume for years. She didn't want the novel to feel kitschy, and she knew she had to choose a story that was enhanced — not hindered — by the format.

"It was not immediately clear to me what kind of novel would justify this treatment except as a kind of parlor trick," she says. "But as soon as I became interested in writing about human models — replicas — I landed back on the idea of that mirroring structure."

2. She Wrote The Story In Alternating Chunks

The story of Lyra came to Oliver first, though she initially imagined her as a character stranded on a remote island at a research facility during WWII. Once she "found" Lyra's modern incarnation, the character of Gemma quickly followed. Oliver began writing from the two perspectives — alternating between characters as she went.

"I worked on the books in alternating chunks — whenever I was tired of writing one girls' story I could switch to the other girls' story, which was kind of a relief," Oliver says.

3. The Writing Process Was Incredibly Challenging

Lauren Oliver says she spent months outlining Replica before she even put pen to paper. "It was hard," she says. "I tried to make the girls as distinct as possible in order to give them distinctive appeal — and, of course, because of their radically different backgrounds. And in both cases I tried to make sure they had their share of revelations, dramatic reversals, and narrow escapes."

Though crafting the two-in-one story was difficult, Oliver wouldn't have it any other way. "We are supposed to challenge ourselves," she says. "That is how we grow. Writing would be very tedious otherwise."

4. There's No Wrong Way To Read This Book

You can read this book in alternating chapters, or you can read one story in full before flipping to the other. There's no wrong way to read Replica, and you won't accidentally spoil the story by choosing one method over the other. However, reading it different ways could prompt different reading experiences.

"Obviously, [readers] will ultimately receive the same amount of information," Oliver says. "But how narrative unfolds — i.e., the rhythm and order of its unfolding — is at the heart of narrative meaning. So in some sense, people who read in different ways will be reading very different books."

5. The Sequel Will Also Be A Flip Book

The sequel, Helix, will also be a flip book, Oliver tells Bustle. That book — the second and last — is currently in revisions and doesn't yet have a release date. "There are just so many issues of tone, pace, time, and narrative intersection that need to be considered," Oliver says. "It's definitely a monster of a duology."