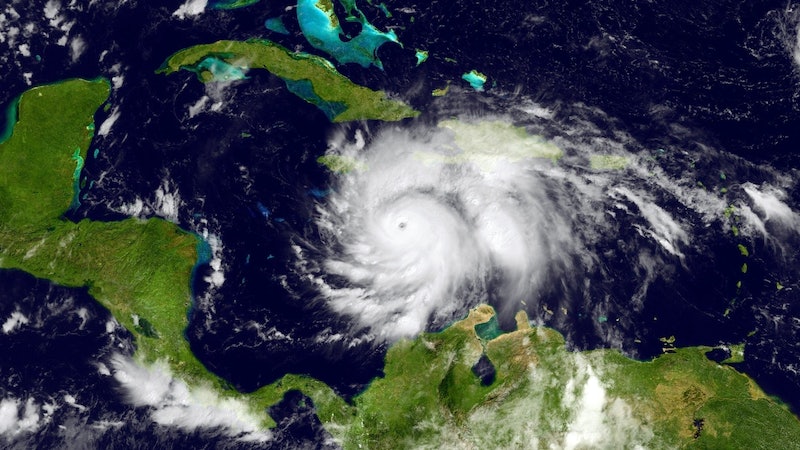 The National Hurricane Center revealed that Hurricane Matthew could be heading toward Connecticut, which is currently placed in the hurricane's "cone of uncertainty," according to a report from NBC Connecticut. The tropical storm, which has been labeled a Category 4, made landfall on the southern peninsula of Haiti on Tuesday morning. The winds sustained themselves at a dangerous speed of 145 mph, making it the strongest hurricane to hit Haiti since Hurricane Cleo in 1964.

A hurricane watch was issued for the Florida Keys on Tuesday morning as the storm headed that direction, but the latest reports show that Hurricane Matthew is heading toward New England in the next five days, and Connecticut is squarely placed in the potentially affected area.

The weather predictions for Connecticut include dangerous boating conditions along the East Coast and heavy rainfall throughout the weekend. The most current updates from the National Hurricane Center show Hurricane Matthew potentially making it's way up the East Coast starting on Friday, Oct. 7, beginning along the eastern coast of Florida, grazing the border between North Carolina and South Carolina Saturday morning, and then reaching the Connecticut area Sunday morning.

While the hope is that no matter what happens, there is enough warning for people to safely prepare, the Hurricane Center stressed the uncertainties of the weekend forecast for the East Coast, and what that will truly look like: "It is too soon to specify what, if any, direct impacts Matthew might have on the remainder of the U.S. east coast farther north."

Despite current uncertainties surrounding where and how the hurricane might affect the East Coast, the National Hurricane Center also stressed the possibility of strong winds for areas seemingly far from the center of Hurricane Matthew:

At this point, for areas potentially affected, it's wisest to stay tuned into the rapidly incoming updates. Luckily, the East Coast has a few days before it sees the effects of Hurricane Matthew.