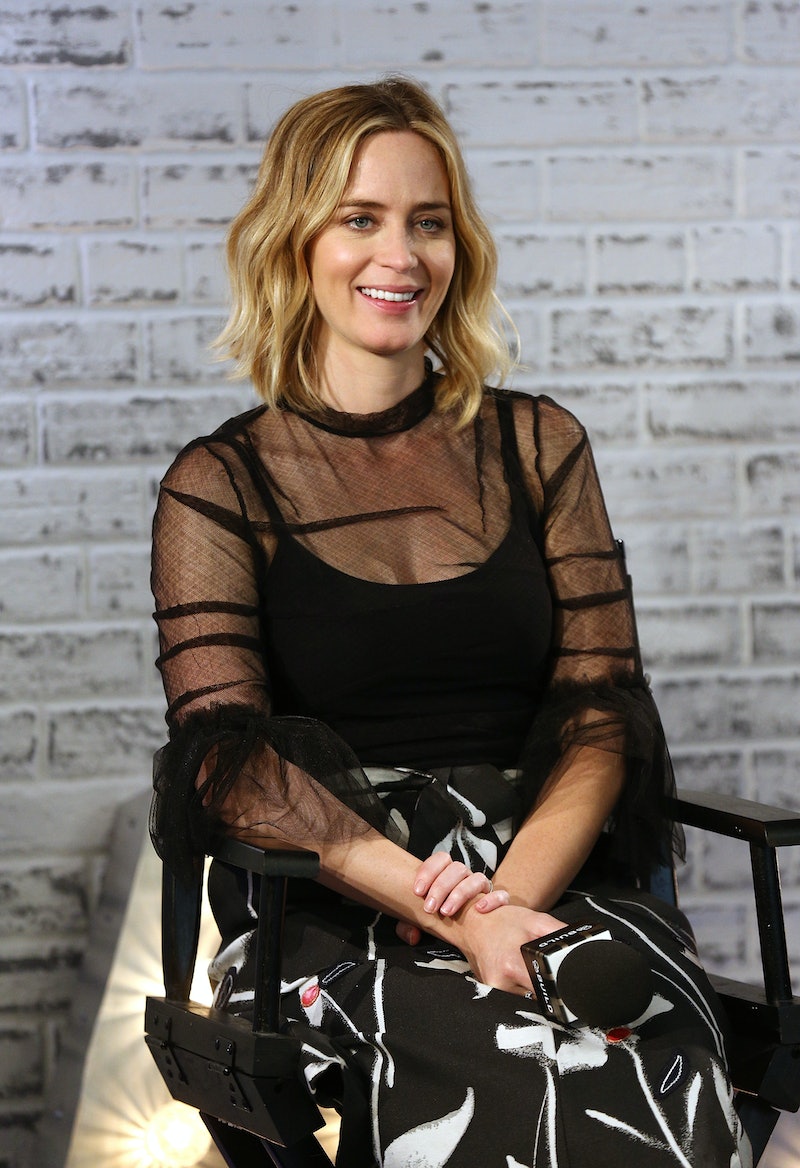 One of the most talked-about books of 2015 is coming to theaters with an equally exciting movie adaptation on Oct. 7. Paula Hawkins' The Girl on the Train made waves last year for its thrilling plotline and fascinating characters, and the film version, directed by The Help's Tate Taylor and starring Emily Blunt in the lead role, keeps the elements that made the book so compelling totally alive — including the large number of complex, high-quality female characters. The sheer amount of flawed and realistically complicated women featured in the film makes the movie, like the novel, stand out from its many male-driven peers. Speaking with Bustle, Blunt acknowledges just this, and reveals why the movie's female-driven focus matters so much to her.

"It's unusual, isn't it, to have such multifaceted roles for women?" Blunt says in the video below, speaking during The Girl on the Train's New York press day. "Particularly three of them, particularly in a mainstream movie."

In most films, she adds (not to mention the entertainment industry as a whole), "There's a desire for [women] to be likable. Hollywood wants women to be pretty and witty and supportive and good, and these women are flawed and they're doing bad things."

That's for sure. Blunt's character in The Girl on the Train, Rachel, would definitely not fit the definition of "likable," that's for sure. She's a lonely alcoholic who stalks her ex-husband's new family and lies about her job to her roommate; her most endearing, if tragic, quality is her constant self-deprication. Yet played by Blunt, she's endlessly watchable, a character you don't root for, exactly, but that you're drawn to nonetheless. It's a role that requires a talented actor who can dive deep into a female character's flaws and issues, and Blunt, as she proves with her performance in the film, is more than up for the challenge.