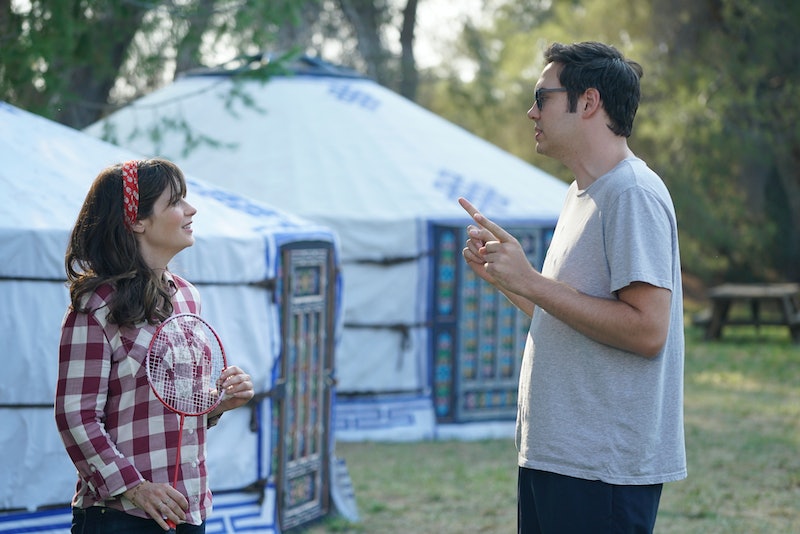 There is nothing more uncomfortable than being single and surrounded by couples who are all too eager to flaunt their love. We've all experienced it at some point in our lives and this week it was Jess' turn. During Tuesday night's New Girl episode "Single and Sufficient," Jess was invited to join Cece, Schmidt, Aly, and Winston on a very couple-centric getaway and decided to have all of the members of her singles-only group come along so she wouldn't feel like a third (or fifth) wheel. And while the group was comprised of some very recognizable faces, the founder of the organization turned out to be Cece's ex-boyfriend, Robby, who had some instant chemistry with Jess right off the bat. In fact, I wouldn't be all that surprised if Jess and Robby start dating on New Girl in the very near future.

To be honest, I had never really paid much attention to Robby before, mostly because I viewed him as an obstacle for Schmidt and Cece to overcome. But now that I've gotten to know him a little better, I'm surprised at how much I kind of like the idea of him and Jess being together. First of all, they have the same type of quirky-but-endearing personality, which is downright adorable when they're together. And they share a deep love for singing, which was demonstrated around the campfire. (Sparks were flying and it had nothing to do with the roasting s'mores.)

Schmidt and Cece picked up on the attraction almost immediately because how could you not? However, Jess seemed insistent on the fact that she's happy being single for the time being, which is totally fine by me. Like her single group promotes, you don't need to be with someone in order to be happy. And if she still isn't over Nick, then it's smart not to jump into anything with someone else too soon. But if/when the time comes when she's ready to get back out on the dating scene, it's clear she already has one admirer in her corner. And judging by the knowing looks they kept giving each other throughout the episode, I'd say the feeling is mutual. In the words of Mrs. Potts from Beauty and the Beast, "there may be something there that wasn't there before."