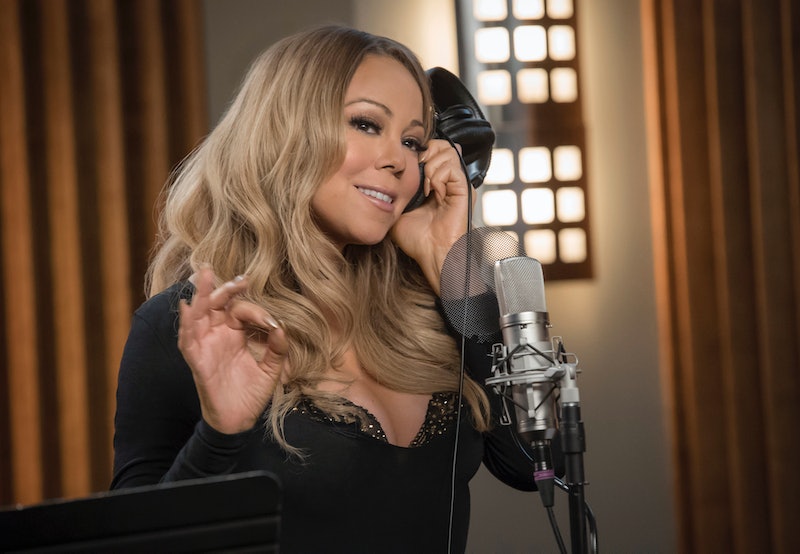 Celebrity cameos are standard for pretty much any big TV show, but Empire has managed to acquire the motherload of all guest stars: Mariah Carey herself. That's right, my friends, the iconic superstar is set to guest star on Empire Season 3, though she won't be playing herself... at least not exactly. According to Variety, Mariah Carey will take on the role of Kitty, a mega-superstar who comes to Empire in order to collaborate with Jamal Lyon on an amazing new song. However, their duet hits a few road blocks due to Jamal's inability to perform after the shooting, which is something that Kitty will help him to deal with, thus allowing him to reach a musical breakthrough.

That's pretty much all we know so far about her character, but if she's taking the time to help Jamal work through his demons, then that says a lot about the kind of person we'll be dealing with. So far Lucious has done nothing but harass his son and try to force him to perform again, which has shockingly not worked effectively. (Please note the sarcasm.) It's nice to know Kitty will be taking a different approach. Though, at the same time, I wouldn't let the name fool you. I bet if she feels pushed around or manipulated by someone like Lucious, I have a feeling Kitty's claws would come out.

Mariah Carey's character may have a different name, but she's had plenty of experience becoming a singing sensation, which is bound to add an extra layer of truth to the role. Plus, collaborating with Jamal means that fans are going to definitely get to hear her sing, which I am HERE for. Empire is known to introduce some pretty crazy plot twists (like people throwing other people off balconies and staircases), but at times it's nice to see it get back to the basics of what made it so great in the first place — and that begins and ends with highlighting its musical talents. Bringing Carey in is definitely one way to help do just that.

Right now it's hard to say if this guest stint will end up being just a one-and-done role for this musical legend or if she'll grace us with her presence on multiple occasions. (My guess is on the former due to her busy schedule.) Either way, though, this is definitely one Empire character you aren't going to want to miss and could very well be the reason for Jamal getting back into the spotlight where he belongs.