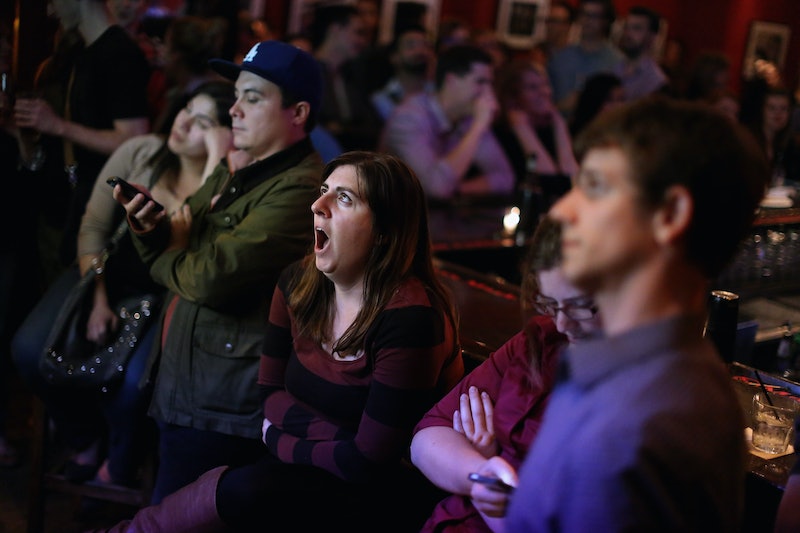 The first and only vice presidential debate at Longwood University in the little town of Farmville, Virginia, was vastly different from the presidential debate the week before. It was less a battle between two larger-than-life personalities than it was of their running mates launching an admittedly difficult defense of their parties' equally colorful nominees. Sans reality TV star Donald Trump, this debate was markedly more policy-heavy, or, as many on Twitter pointed out, dull, at least to the average viewer. That sentiment echoed loud and clear across social media, according to the many tweets about how boring this vice presidential debate was.

One of the effects of Trump's political rise — along with his flamboyantly manic gestures, his skillful mastery of the media, and his outrageous denial of the truth — is perhaps that he has whet the public's appetite for spectacle in politics. Forget policies and the issues voters care about; Trump has proven this past year that a good portion of the country will remain his loyal supporters even when confronted with his brazen flaws, so long as he continues to rail against Muslims, Mexico, China, immigrants, women, and the like.

So after all that drama from the first presidential debate, sitting through 90 minutes of two run-of-the-mill-type politicians discussing substantial issues was dry, even tedious. But although there were plenty of tweets about this debate's dullness, many also pointed out that's exactly what a discussion on politics should be like — serious, if drab, rather than something akin to a reality TV show:

People Were Bored Out Of Their Minds

Remember: This Is Serious Stuff

Consider Why You Think It Was Boring, Because That's The Real Issue

At The End Of The Day, It's All Politics As Usual

Trump's ascent to the nomination has left the country in limbo. On the one hand, no other general election in recent history has been so thrilling to follow, even if within that thrill lies a large dose of fear and frustration. On the other hand, Trump has reduced one of the most significant processes in a modern democracy to something resembling a poor circus performance. In fact, his yearlong dominance of political media coverage means that his outrageous behavior has grown familiar to many American voters. What other explanation is there that Trump is now the GOP nominee for president despite the appalling things he has said and done?

So, yes, the vice presidential debate was "boring" in that it lacked the lies and insults from Trump that America has come to expect. But taking into account how his rise has emboldened bigots across the country, possibly permanently altering American politics, perhaps that's exactly the kind of boring we need after all.