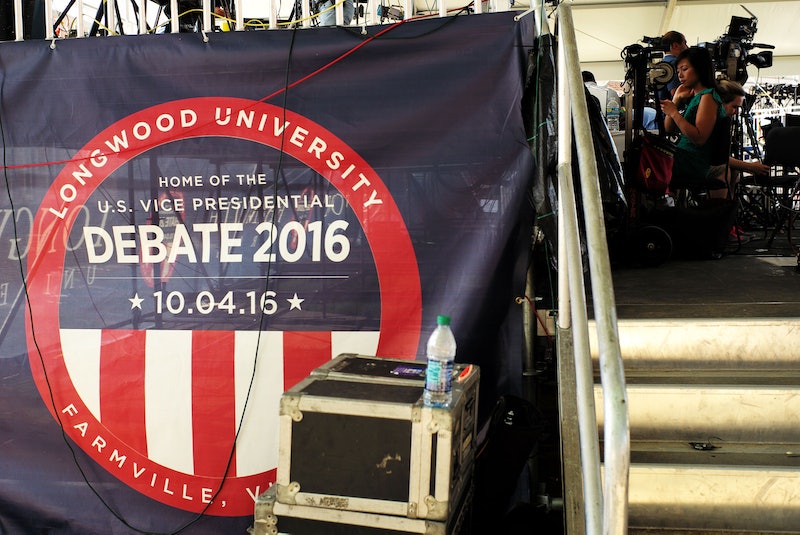 No, there's nothing wrong with the name of the Virginia town Farmville. But the name, which suggests an image of a cozy and cute region, hardly sounds like the appropriate name for a location where Donald Trump and Hillary Clinton's running mates faced off in the upcoming vice presidential debate. Not to mention it is the name of a highly addictive Facebook farming game that was super popular some seven years ago (now eclipsed by games like Candy Crush and Pokemon Go). Needless to say, jokes and memes about Farmville, Virginia, are flooding Twitter.

Farmville, which according to the 2014 census, has a population of 8,229, and an area of 7.3 square miles, is likely unfamiliar with the amount of spotlight the vice presidential debate is bringing to the town.

Some jokes seemed to take pleasure in the small town vibe reporters encountered when entering the area, while some pointed to the fact that they had not seen a single "Clinton-Kaine" sign during their drive to the debate. Reporter and Washington Examiner's chief congressional correspondent, Susan Ferrechio, commented that Farmville "probably never dreamed it would be trending on Twitter." Others took to social media to poke fun at the Facebook game.

"Every time I hear that tonight's debate is in #Farmville, I shudder remembering those incessant Facebook requests," broadcast reporter from Cincinnati, Ohio, Evan Millward, tweeted.

You better uncapitalize that V, Duncan, 'cause it's real.

Or it's a dream come true!

Is there really only two? My money is on at least three.

This one can speak for itself.

And as Mashable pointed out, FarmVille 2 couldn't be less concerned with the upcoming debate and trending hashtag.

All fun and games aside though, whether you played FarmVille or not, your voice needs to be heard in this election. You can register to vote above.