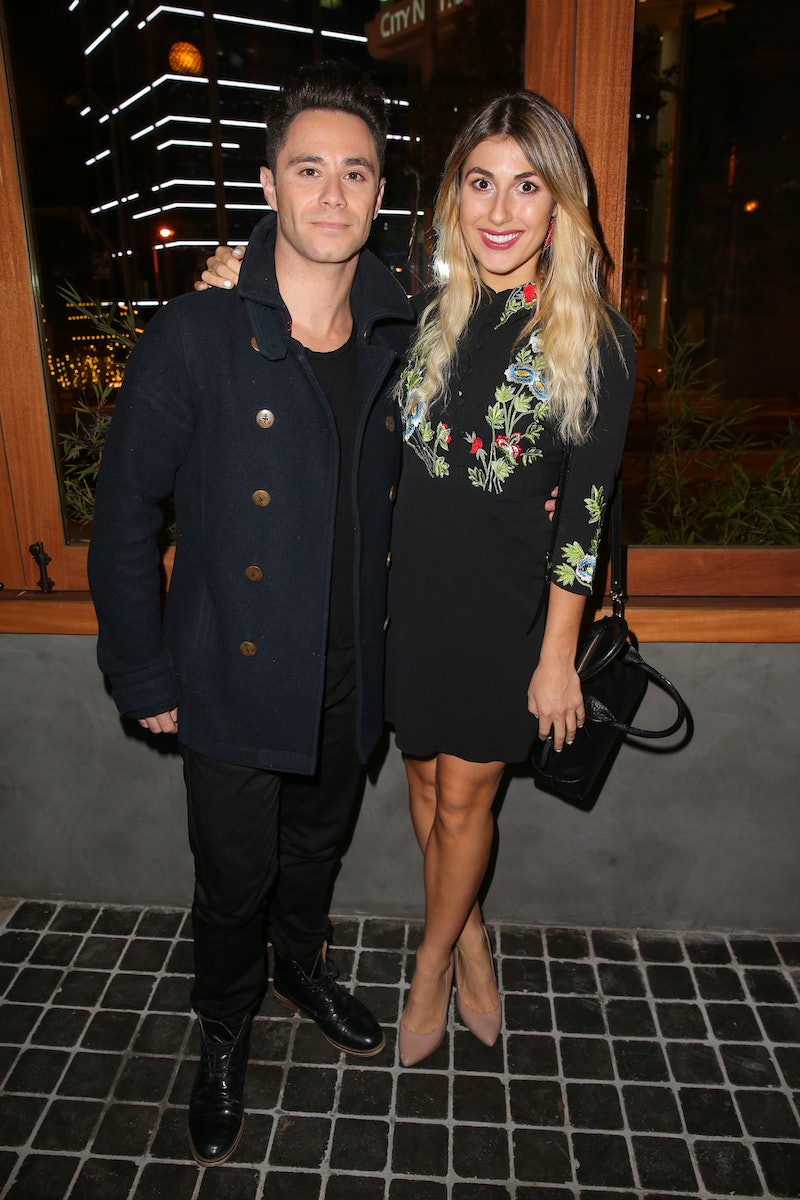 It started as a contemporary dance with the couple — they fill the elimination show with a lot of random dances — to “Just The Way You Are” by Bruno Mars, and as soon as Tom Bergeron threw the hosting duties to Sasha, we all knew it was on. Emma had an idea, too, because she freaked out a little the second that Sasha started speaking. She knew what was up! Sasha proposed, Emma said yes, and the whole Dancing With The Stars cast crowded onto the stage to wish the new couple a round of congratulations. Honestly, I’d watch a Dancing With The Stars proposal every week — it’s better than some of the dances, and it has to be much easier on the dancer’s knees than the paso doble or worse, the jive.

I didn’t even realize these two were dating, but according to Entertainment Tonight, they’ve been together for five years and recently bought a house together — Emma is busy decorating while Sasha is still competing with Terra Jole. Congratulations, Sasha and Emma! Hooray, love!