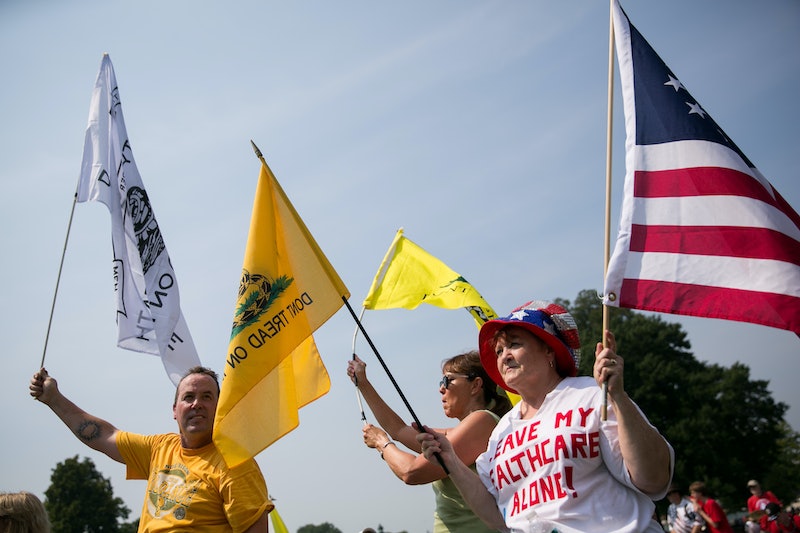 Republican vice presidential nominee Mike Pence had the difficult task of attempting to represent the entirety of the Republican Party as well as his polarizing running mate, Donald Trump, Tuesday night. What may make it even more difficult is that unlike his reality TV businessman running mate, Pence had a long career in politics before 2016, and many of his most strongly-held policy preferences are already somewhat widely known. One major aspect of the Indiana governor's political past that voters may not know is Pence's involvement with the Tea Party movement.

Pence adviser Marc Short told NBC that Pence was one of the "earliest advocates" for the Tea Party and its policies, citing Pence's opposition to No Child Left Behind, TARP, Medicaid expansion and other spending bills. In 2010, when Pence was the Republican Caucus Chairman in the House of Representatives, he praised the Tea Party Caucus, which was created by then-Congresswoman Michele Bachmann, telling reporters:

My hope is that this Tea Party caucus ... will be an avenue for bringing some of the energy and the enthusiasm and the focus that I've seen, from the National March on Washington ... to traveling around Indiana and all around the country, deeper into the well of Congress.

Pence's relationship with Tea Party politicians may prove helpful to Donald Trump, who defeated many candidates that identified with the Tea Party in the Republican primary, including Texas Sen. Ted Cruz and Kentucky Sen. Rand Paul. The largest Tea Party group in America, the Tea Party Patriots Citizen Fund, made headlines in conservative media last January, when they endorsed Cruz. However, the addition of Pence to the ticket may have placated Tea Party voters, since the group released its endorsement of Donald Trump a few weeks ago.

In theory, Trump wouldn't appeal to Tea Party voters. He's a wealthy businessman who, according to the New York Times' latest reports,may have dodged paying federal income taxes for close to two decades. He's also a relatively social liberal candidate, as far as Republicans go. But against the seeming odds, Trump has wooed the Tea Party voters, and Pence may provide the icing on the cake.