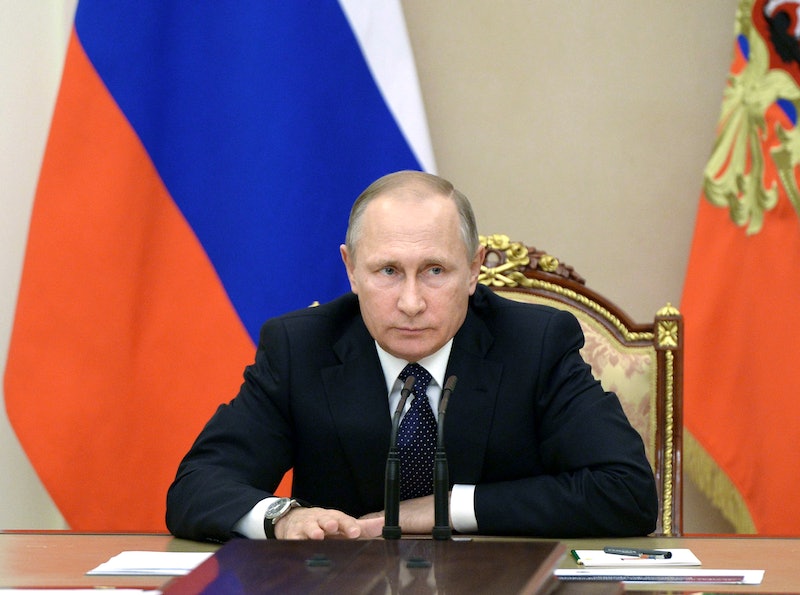 While Trump claims he "has nothing to do with Russia," years of facts demonstrate otherwise. Trump and many of his key campaign advisers' connections to Russia are myriad. First, Trump's businesses are inextricably intertwined with powerful Russian investors. Following Trump's many bankruptcies throughout his years as a businessman, American banks refused to loan money to him, causing him to look elsewhere for financing.

Trump turned to the Russians; according to the Los Angeles Times, "Trump has sought and received funding from Russian investors for his business ventures." The Washington Post found that Trump's son, Donald J. Trump, Jr., has seemed to substantiate these claims, saying at a real estate conference in New York in 2008, that "Russians make up a pretty disproportionate cross-section of a lot of our assets ... we see a lot of money pouring in from Russia."

While this is alarming enough, Trump's campaign advisers (aka the people whom he has surrounded himself with and who formulate his campaign platform) seem to have even more complex and worrisome ties to the Russian regime.

According to Newsweek, "Trump has surrounded himself with advisers with deep connections to the Putin regime." One of these advisers includes Trump's chief foreign policy adviser, Carter Page, who previously lead the Moscow office of Merrill Lynch and also advised the large-scale Russian energy company, Gazprom; Page still owns many shares in the company.

Another Trump adviser, Lieutenant General Michael Flynn, is, according to Newsweek, a regular guest on RT, the Kremlin's English-language propaganda channel. While Flynn "has refused to say if he's on RT's payroll ... last year [he] flew to Moscow to attend the station's 10th-anniversary gala, where he sat two chairs away from Putin." Adviser Richard Burt, who has written some of Trump's speeches, is the chairman of the advisory council of The National Interest, which is "a publication of the Center for the National Interest, a strongly pro-Russian think tank based in Washington." These constitute only a few examples of Trump's advisers who have linkages to the Russian regime.

While I could go on discussing the ways in which Trump and his advisers are dangerously linked to Russia (e.g. in 1987, Trump paid $90,000 to publish attack ads against Ronald Reagan shortly after visiting with Michael Gorbachev in Russia), it is also important to discuss the implications of the Trump-Russia linkage, particularly if Trump were to become President of the United States.

In both his businesses' and advisers' ties to Russia and with his pro-Putin rhetoric, Trump is putting the U.S. in a very precarious position should he become President. The hypothetical Trump administration's ties to the regime could mean that the U.S. could essentially bow to Russia's every whim, facing threat of financial and other retaliation from Russia if they do not. Furthermore, it is speculated that President Putin is an enormous supporter of a potential Trump presidency both because of the possibly inextricable deals with the Kremlin that Trump and his advisers find themselves, but also because Putin perceives a Trump presidency as a threat to American democracy and Western values, the diminishing of which he desires in order to increase Russian power.

Overall, the Trump campaign's "love [for] Russia" is a very real and very dangerous notion, one that plays directly into the Kremlin's hands and that could potentially threaten the very fabric of American society, its continued democratic existence, and its prominence on the world stage.