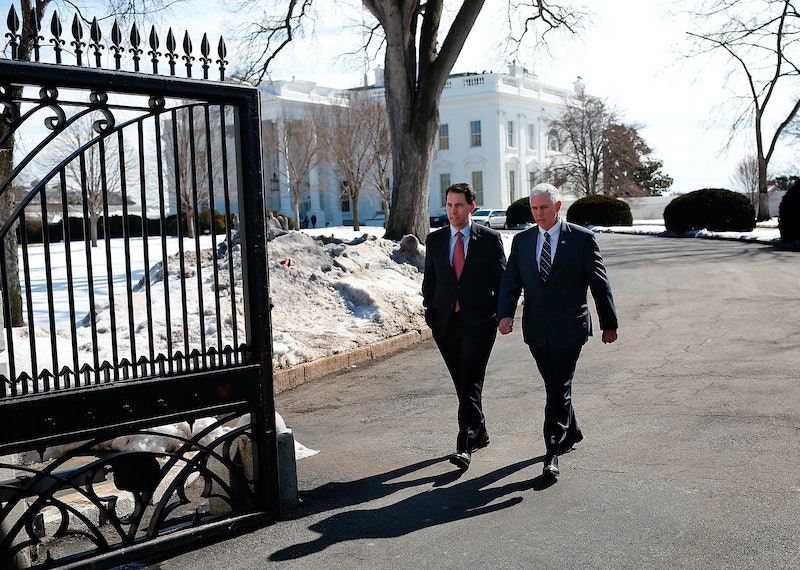 At least on the surface, Governor Mike Pence seems to be a much less controversial politician than Donald Trump. So, when comparing the debate performances and experience of the Republican vice-presidential and presidential candidates side-by-side, it is logical to wonder why Pence never ran for president in the 2016 Republican presidential primary. Indeed, the Chicago Tribune's Editorial Board wrote a glowing review of the Vice-Presidential candidate in July, asserting that Pence is "a far better candidate than Trump."

It turns out, though, that Pence did consider running for President in 2016; however, legal reasons actually prevented him from doing so. In the state of Indiana, of which Pence serves as Governor, running for more than one office on the same ballot is illegal. Pence actually tried to get a bill passed through Indiana's legislature that would allow him an exception to the law, but the bill never made it through the Indiana legislature.

After the bill allowing the legal exception failed to gain any traction, Pence officially decided to give up a shot at becoming the Republican presidential nominee in favor of running for a second gubernatorial term. However, the question still remains — could he have secured the Republican nomination had he ran? The answer: probably not.

Although anything is possible (e.g., Trump's nomination), during the time leading up to the Republican primary, Pence's nomination looked very unlikely due to his extreme social conservatism, particularly in regards to gay rights and women's rights. Specifically, in 2015 Pence received a lot of criticism for his initial strong support and signing of the Religious Freedom Restoration Act, which allowed businesses in Indiana to choose whether or not to serve customers based on their religious preferences; this particularly meant that gay customers were likely to be discriminated against. Pence eventually backpedaled and signed a revised version of the bill after extreme public criticism.

Pence also has a very conservative stance on abortion rights, and directly prior to the Republican presidential primaries, he signed House Bill 1337 into law, an abortion bill "so extreme" that even many Republicans disagreed with it. Among other requirements, the bill banned abortions based on disability, sex, race, ancestry, or nationality. It also required pregnant women to view a fetal ultrasound and hear a fetal heartbeat prior to their procedure, demanded the burial or cremation of abortion fetuses by those in possession of them, and established the crimminalization of collecting or transferring fetal tissue. The law was eventually overturned by a federal judge, who said it would likely be found unconstitutional.

Overall, had Pence decided he even wanted to pursue the Republican presidential nomination, it is still unlikely that he would have been nominated due to his staunch support for two very extreme, publically-admonished, rights-limiting bills directly prior to the primaries. Indeed, Pence's "approval ratings dropped from the 60s to the 40s immediately after the religious freedom debate." As Politico (kindly) puts it, Pence "For a time, Pence was seen as a strong 2016 contender...but [he] suffered a series of missteps."

Ironically, while one of the reasons Pence chose to abstain from the Presidential primaries was because he wanted to run for a second gubernatorial term, Trump selecting him as the vice presidential nominee also means Pence can no longer run for Governor, as dictated by the same Indiana law. While this is likely frustrating for Pence, it is interesting to note that it is seen as an opportunity for Democrats, who now have a much stronger chance of winning the Indiana Governor race in November. Thus, Pence's decision to not run for President (and to run for Vice President) have ramifications beyond what he likely even imagined.