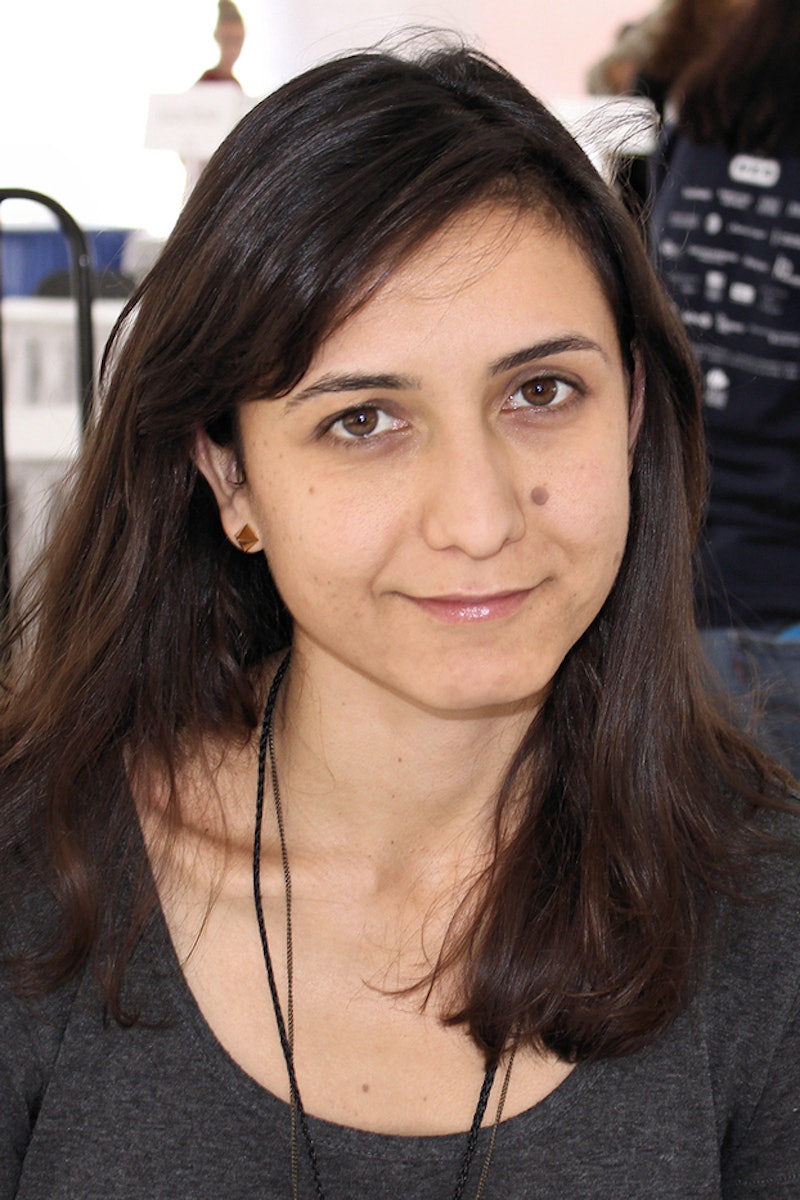 Boston-born Moshfegh's father was born in Iran and her mother in Croatia, and her book Eileen is only her second novel. But don't worry, if you get hooked on her during this book Oscars season, you won't have long to wait until book No. 3: Her collection of short stories Homesick for Another World is coming January 2017.

Eileen is a creepy suspense story told by a young woman working in a boy's prison outside Boston in the 1960s. Oh, and that woman disappears. There's some Gone Girl vibes, but with a bit more Hitchcock and Shirley Jackson, if that doesn't make you want to devour it right now. Plus, take a look at these quotes and you'll see she's a super rocking feminist who believes in the power of art and writing and she takes it seriously.

1. “A grown woman is like a coyote — she can get by on very little. Men are more like house cats. Leave them alone for too long and they'll die of sadness”

2. “Eileen is a character that makes people uncomfortable. She is not going to, you know, cheer you up. But might it not be liberating to hear the thoughts of someone who is completely ignored by society?”

― Ottessa Moshfegh in The Guardian

3. "Writing has always been my first priority, only second to my health."

4. "I love art because I feel that it's evidence of the great shared universal power.... I like art that feels real, that cuts the bullshit."

― Ottessa Moshfegh in The Believer

5. "What’s inspiring me the most right now… injustice. My own growth as a member of the human race, in terms of the veils being lifted, seeing more of the beauty and also the horror. A sense of my own purpose in this life"

― Ottessa Moshfegh in The Believer

6. "I've found that people get particularly frustrated and shut down when women in fiction are disgusting or disordered."

8. “Furthermore, as is typical for any isolated, intelligent young person, I thought I was the only one with any consciousness, any awareness of how odd it was to be alive, to be a creature on this strange planet Earth.”

9. “You can see wealth in people no matter what they're wearing. It's in the cut of their chins, a certain gloss to the skin, a drag and pause to their responsiveness. When poor people hear a loud noise, they whip their heads around. Wealthy people finish their sentences, then just glance back.”

10. “A friend is someone who helps you hide the body”

11. "[Writing fiction] was a way for me to acknowledge my experience as a physical being in a female body, and how difficult that is when having this body makes me second class."

12. "Those elements became tools to build a different kind of story—the one I wanted to write—of what it’s like being a young woman when your role in your family and society doesn’t match up with who you really are."

13. “And unless you’ve grown up in New England, you don’t know the peculiar stillness of a coastal town covered in snow at night. It is not like in other places. The light does something funny at sunset. It seems not to wane but to recede out toward the ocean. The light just gets pulled away.”