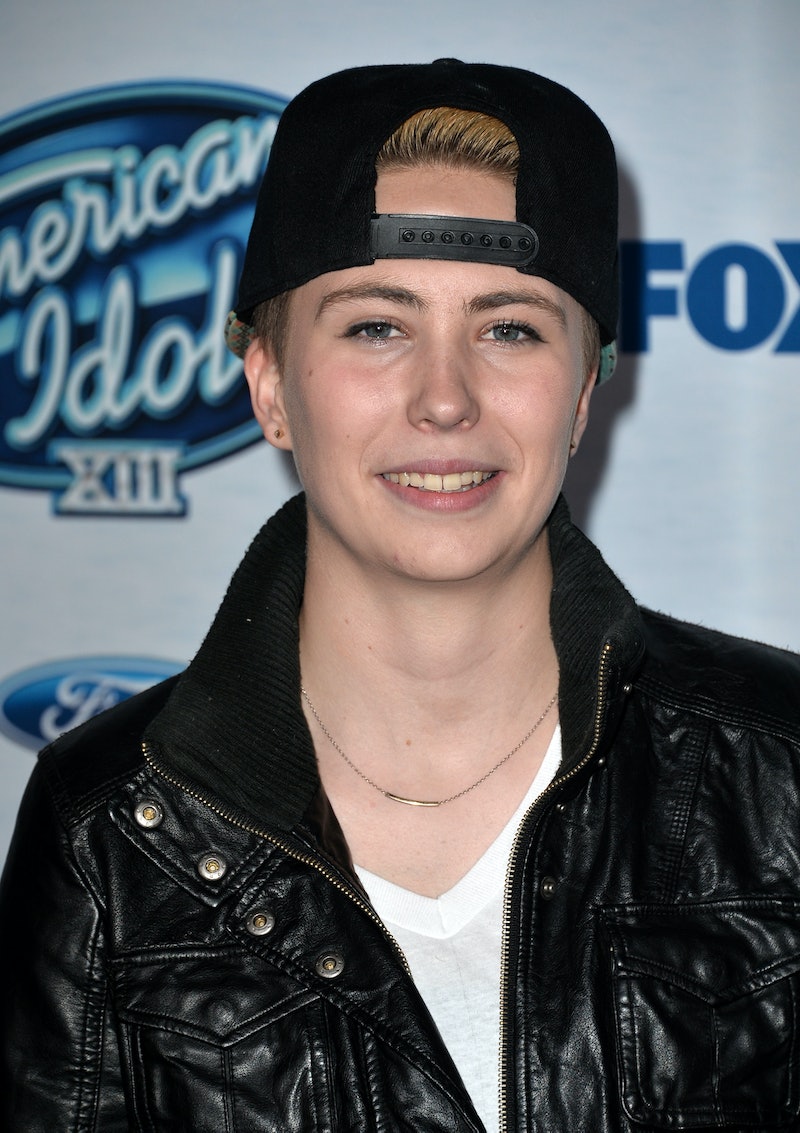 Without a judge's save in sight, American Idol is down to nine top contestants after Thursday night's elimination. But, who exactly did America put on the chopping block this week? MK Nobilette. The show's first openly gay contestant was added to the bottom three and after an unsuccessful final sing-off for a judge's save, she was sent home.

While Nobilette was audibly talented, her performances seemed to regress after weeks of lacking stage presence and unmoved facial expressions. Her technical issues this week, including messing up the vocal arrangement and falling behind the band, pushed her to the bottom of the Idol pack.

In addition, week in and week out, there was concern about how Nobilette would be received by America on a personal level. As the first openly gay contestant in the show's history, there was a great possibility that Nobilette would fall prey to backlash and experience a lack of acceptance from those in the nation who do not agree with her sexual orientation. But what's to blame for her elimination: unacceptance, or weak performances?

Let's take a look at some evidence. For starters, she made it to the top 10 after 10 rounds of eliminations, not including auditions. If America held a personal grudge against her, she would have been out on week 1. It would seem, then, that her elimination was far more a result of faulty performances than voters' personal vendettas.

Instead, from the outpouring of social media support, it looks like America approached Nobilette with very open arms.

We thank Nobilette for changing American Idol for the better. There will undoubtedly be more singing in her future, and we can't wait to hear it.